After several weeks of leaks and rumours, last night, AMD officially announced the Ryzen Threadripper Pro 3000WX series of desktop processors. As expected, there are four SKUs in the launch lineup, ranging from 12-cores all the way up to 64-cores.

You can see the specs for each SKU in the table below: 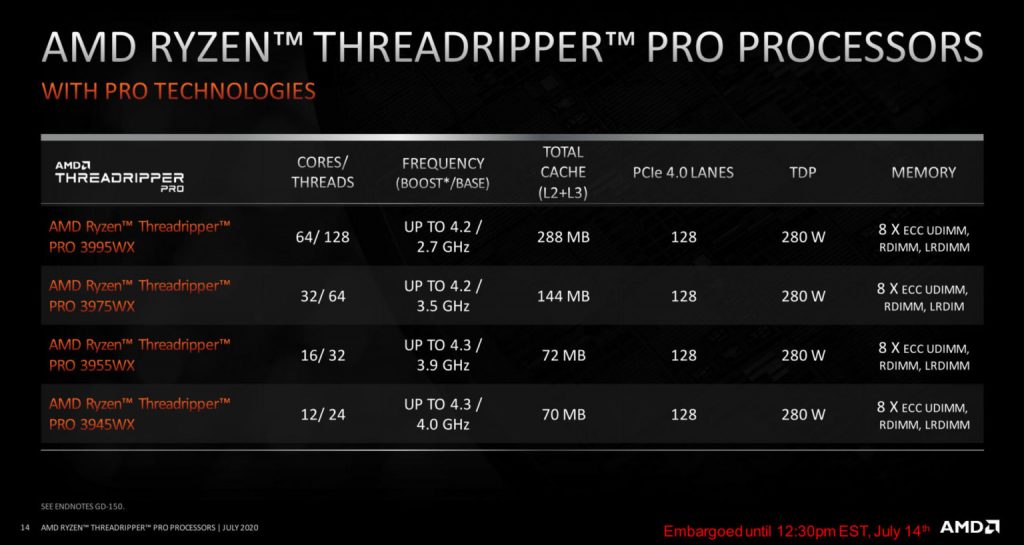 These CPUs support 128 PCIe Gen4 lanes, which according to AMD delivers “2.5x the bandwidth compared to a competing dual processor system”, seemingly referring to the Intel Xeon Platinum 8280. The comparisons don't stop there either, Ryzen Threadripper PRO processors are also said to have double the memory support of the competition. In all, AMD's latest PRO series can support up to 2TB of memory.

KitGuru Says: What are your thoughts on the Threadripper Pro 3000WX series processors from AMD?