Fujitsu's Fugaku Supercomputer has taken the spot as the world's fastest supercomputer, with 415 TFLOPS of performance and 7.3 million ARM cores. 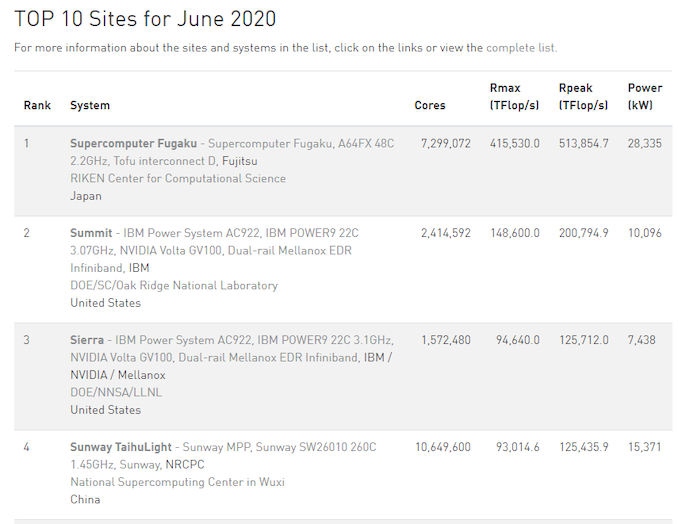 However, the Supercomputer from Fujitsu doesn't only come with a high number of cores and computational power, it also comes with a hefty electricity bill – requiring 28,335 kW to run. The future of ARM is looking bright, thanks to the world's fastest computer utilising ARM CPUs and Apple announcing it's support for the architecture.

Additional information about Fujitsu's Fugaku can be found HERE.

Kitguru says: What are your thoughts on the powerful Supercomputer from Fujitsu? Do you think we will see more publicity about the ARM-architecture moving forward?