Google is doubling down on emerging technology, debuting its new quantum computing chip that could potentially lead to a major breakthrough. While still in the theoretical stages, the company has stated that its Bristlecone design can outdo today’s CPU technology still using silicon.

“We are cautiously optimistic that quantum supremacy can be achieved with Bristlecone,” explains Google research scientist Julian Kelly. “Quantum supremacy” is simply the term used to identify the point at which quantum computing can physically outperform a tradiational supercomputer based on silicon technology.

Google is closer than ever thanks to Bristlecone’s 72 quantum bits (qubits), the memory cells that allow quantum chips to encode data as a large combination of 1s and 0s, including superpositions of both states.

To place things in perspective, it’s a major milestone progression on Google’s last attempt featuring 9 qubits. Overall, this makes Bristlecone a much better candidate to tackle ‘error correction’, something of which has been a consistent problem in quantum computing. 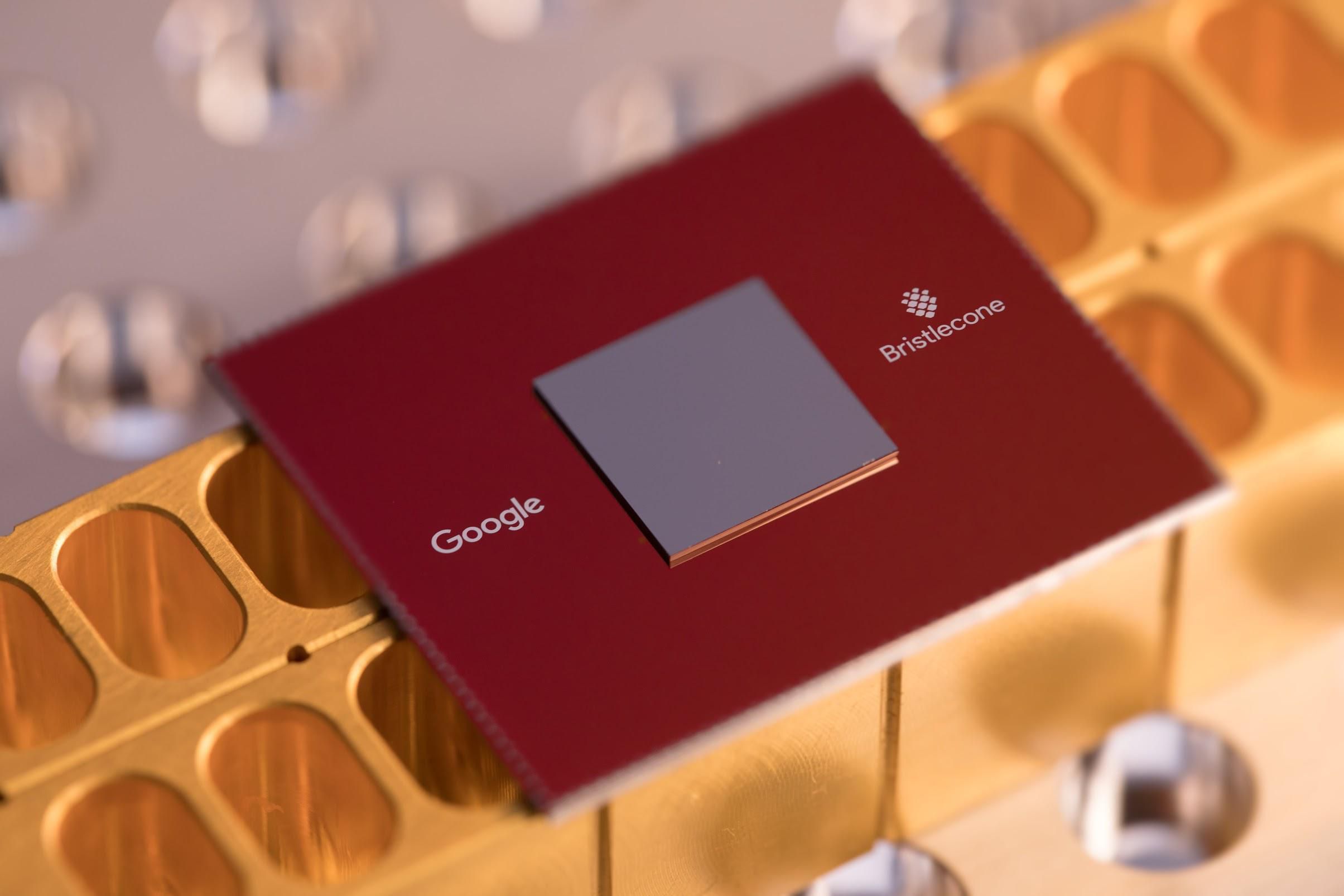 Today’s silicon-based processors use something called Boolean logic to correct errors, which is a simple two-state system. The state is either on or off, yes or no, with no possible variation. Quantum processors run into a problem with error correction because of its additional third state being a superposition of both 1s and 0s and the only way to tell which state a piece of data is if it is manually checked, which also might alter the state in itself.

Whatever the answer to this problem is, Google is confident that is has found the solution, stating that it “chose a device of this size to be able to demonstrate quantum supremacy in the future, investigate first and second order error-correction using the surface code, and to facilitate quantum algorithm development on actual hardware.”

It still might be quite a wait until we see the real world benefits of Bristlecone’s design, but Google is confident that this will help pave the way for quantum architecture to become some form of a standard in the industry.

So far, it’s unclear just how much quantum technology will offer the industry. While it gives us significant progression on mainstream chipset technology that seems to be dwindling in performance with each generation, we don’t yet know how difficult it is to engineer and program on such processors, or if the performance increases will be across the board or for specific tasks.

KitGuru Says: Nevertheless, it’s still an intriguing piece of tech that, while in its infancy, might mature into something entirely revolutionary. There is a lot of investment into quantum processors so we’re likely to see similar designs crop up in the near future.

Previous Win a STEAM game of your choice this weekend! (closed)
Next Microsoft to dub its next Windows 10 update the Spring Creators Update