EK Water Blocks has launched a new range of ultimate CPU water blocks engineered to offer the highest cooling performance to all platforms using a range of new technologies specifically designed and tailored for each CPU series.

The EK-Quantum Magnitude CPU blocks feature a brand-new design with flow distribution, cold plate geometry and mounting pressure specifically engineered for different CPU heat spreader formats to create the ultimate water-cooling performance on every platform. This boost in thermal performance is due to the greater heat transfer area and less restriction from the re-designed internal geometry.

As well as offering a boost in thermal performance, the EKWB EK-Quantum Magnitude CPU block has also been awarded an iF Design Award for its appearance. Magnitude CPU blocks feature an integrated X or H shape frame with a 3-dimensional style and premium finish. Interchangeable frames are available in various colours and materials, as well as D-RGB lighting concealed under the inner frame.

EK Water Blocks claims to have used advanced manufacturing techniques in the construction process of the new Magnitude CPU blocks. Every Magnitude CPU block is individually CNC machined from a solid piece of material. At the heart is a solid brass insert to enlarge and optimise cooling with a fin array providing 50% larger surface area compared to previous CPU water block generations. The Magnitude copper cold plate is equipped with 0.4mm microchannels and 0.26mm thick micro fins that maximise thermal transfer while minimising flow restriction.

As a default, the EK-Quantum Magnitude CPU block is machined with a slightly convex shape to match the concave design of the CPU HIS. However, EKWB offers a flat, bare copper or nickel-plated cold plate to users who are interested in using the EK-Quantum Magnitude CPU block with a lapped CPU heat spreader or aftermarket IHS. An additional thicker jet plate is also supplied that can adjust the curvature of the water block in exceptionally concave CPU IHS situations to improve contact.

The new EK-Quantum Magnitude CPU water blocks are available to purchase now from the EK Webshop and via official EKWB retailers. Prices start from €199.99 for the copper + Acetal version, €209.90 for nickel + Acetal, €219.90 for nickel + Plexi and a full nickel version is available for €249.90.

KitGuru says: EKWB are offering plenty of options with the new Magnitude CPU water blocks including colour and finish customisation as well as a flat block option for lapped CPU heat spreaders, which is a great idea. What do you guys think of these new Magnitude CPU blocks from EKWB? 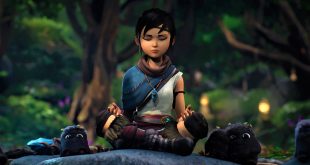 Kena: Bridge of Spirits delayed by one month

Kena: Bridge of Spirits was one of the most unique and interesting games to be …