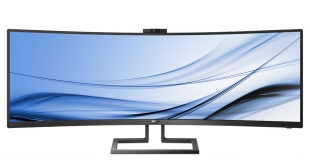 Aspect ratios other than 16:9 used to be rather unusual. But now every other monitor we see appears to be on the wide side. Nevertheless, we still don’t get many as broad as the Philips Brilliance 439P9H. In fact, we’ve never seen a screen with precisely this aspect ratio. If you thought 21:9 was stretching your peripheral vision, the 439P9H goes even further, to 32:10. With a 43.4in diagonal and 3,840 x 1,200 native resolution, this is a lot of pixels and a lot of screen.

Phillips 439P9H is essentially the smaller brother to the Philips Brilliance 499P9H, but that has an aspect of 32:9. So it’s a little bit taller than it is wide in comparison. It’s still a very skinny strip of a screen, however, and the mild 1800R curvature further adds to the sense of immersion as you sit in front of it. But this isn’t really a gaming screen. Although the maximum refresh is 100Hz at the native resolution, and there’s FreeSync adaptive sync, this is below what many gamers would want now that 144Hz screens are getting much more affordable.

As with most curved screens, a VA panel is used, with the usual characteristics of this technology. The response time is only 4ms grey-to-grey, but brightness is a decent 450cd/m2 and contrast 3,000:1. Philips claims 123 per cent of the sRGB colour gamut, 91 per cent AdobeRGB, and 95 per cent of the movie-oriented DCI-P3. These features allow DisplayHDR 400 certification. 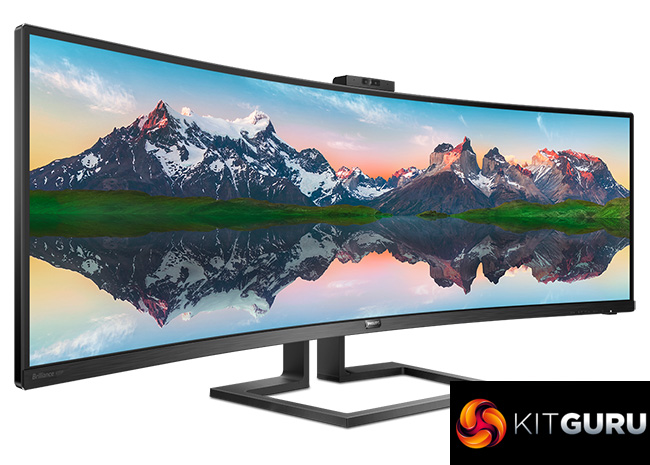 Connectivity is very generous indeed. You get two DisplayPort 1.4 video inputs, one HDMI 2.0b, and two USB-C with video capability. Either one can be used as the upstream for four Type A USB 3.2 ports. There’s a headphone output too, and a pair of 5W speakers. You even get a 2Mpixel webcam. Despite the huge width, this screen still offers height, swivel, and tilt adjustment.

At over £800, the 439P9H is hardly the bargain of the century. But you do get a lot of pixels and width for your money, and quite a lot of features as well. Let’s find out if this is a case of expanded horizons or “never mind the quality, feel the width”. 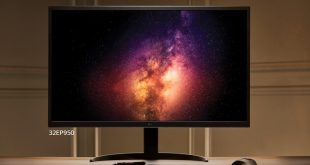