The whole line-up of AMD's EPYC “Milan” processors has leaked alongside the major specifications of each SKU. Moreover, the leaker also shared a slide explaining the nomenclature of the processors.

As per the leak from ExecutableFix (via VideoCardz), the EPYC “Milan” processors featuring Zen 3 cores will offer about a 200MHz frequency increase over their predecessors. The new generation will be led by the EPYC 7763, a 64C/128T processor with a 280W TDP, 256MB of L3 cache, and a 2.45GHz base clock, boosting up to 3.5GHz.

The fastest processor of the bunch is also the one with fewer cores. The 8C/16T EPYC 72F3 should offer the highest single-core performance due to its maximum boost clock of 4.1GHz (3.7GHz base). Despite the lower core-count, it still features a 180W TDP and 256MB of L3 cache. 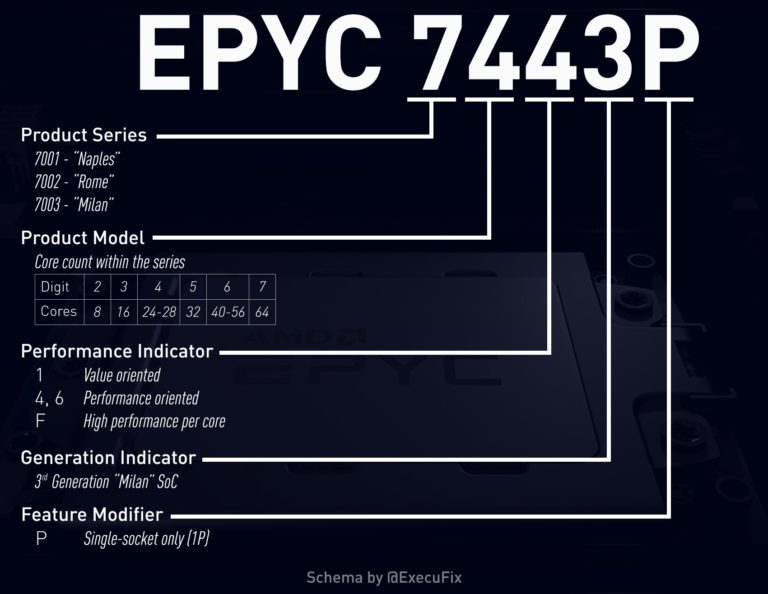 The 3rd generation of AMD EPYC processors is scheduled to launch in Q1 2021.

KitGuru says: AMD's next-gen EPYC CPUs are coming up soon  – what do you all think of the new ‘Milan' chips so far?