It seems that it won't take long for AMD to release EPYC processors using 3D V-cache. A Chinese content creator has apparently got his hands on two engineering samples of these and pushed frequencies up to an impressive 4.8GHz.

Based on Kenaide's data, the two engineering samples of the Milan-X EPYC 7773x CPU had a 2.1GHz base clock and a 3.4GHz boost clock, about 100MHz less than the official specifications. In addition, each of these processors has 64 cores, 128 threads, and 804 MB of cache, of which 512 MB is 3D V-cache. 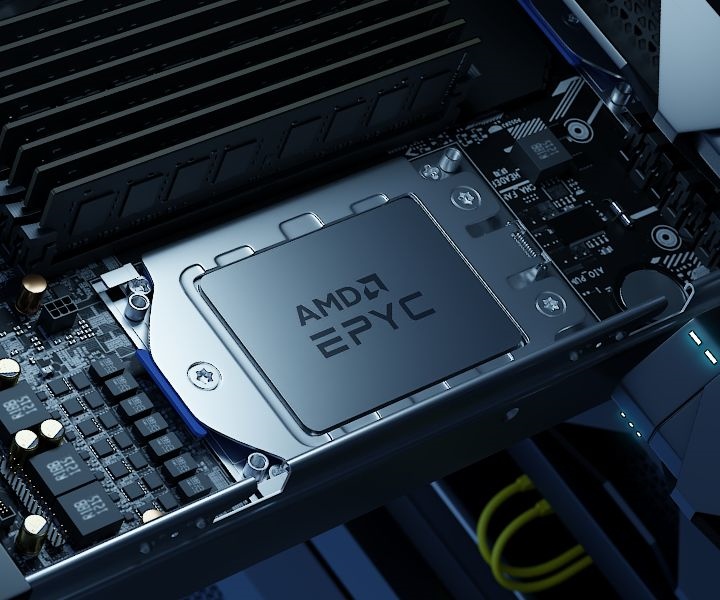 The processors were mounted on a SuperMicro dual-socket motherboard, equalling a total of 128x cores, 256 threads and 1608 MB of cache for the system. In Cinebench R23, the EPYC 7773x system scored 936 points in single-core and 64894 points in multi-core. To put these scores in perspective, an Intel Core i9-12900K scored 1942 points in the former and 26418 points in the latter.

Kenaide also used the EPYC Milan/Rome ES/QS overclocking tool developed by Uat4 and ExecutableFix, which unlocks the CPU power limits and increases maximum all-core frequencies and voltages beyond AMD's specification. Using this tool, both processors were pushed to an impressive 4.8GHz all-core frequency.

KitGuru says: These are server-oriented CPUs, so a Cinebench run doesn't tell us much about performance for the intended use-cases of these processors. Still, there was some interesting information here and it appears that AMD's upcoming EPYC processors are almost ready to launch officially.