MSI is finally ready to officially announce its flagship Z690 motherboard, the MEG Z690 Godlike. As the leaked images showed us, MSI's new E-ATX motherboard will feature an LCD dashboard, lots of ARGB lighting, and all the bells and whistles you can add to a motherboard.

Starting with its aesthetics, the MSI MEG Z690 Godlike uses a full-cover design for a more minimalistic look. On the right side of the board, there's a 3.5-inch IPS display that you can configure to display information about the system, monitor your hardware, show debug codes and live weather, and even work as a clock. The display is strapped to the board with magnets, meaning you can detach it and use it independently, as long as it's connected to the motherboard via USB. 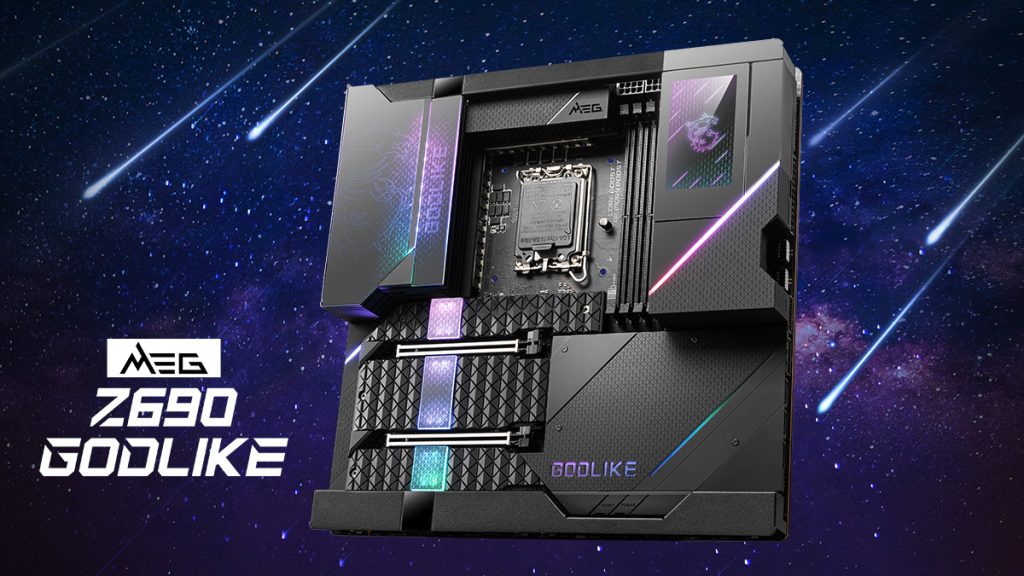 The cooling solution employed on the motherboard is clearly above what you usually see in other motherboards, using a cross heat-pipe design, aluminium cover and MOS heatsinks with a wavy fin design on top of 7W/mK thermal pads. After all, it will have to keep the temperatures of a 20+2-phase design (105A) in check. Additionally, the motherboard features 2x 8-pin power connectors, an 8-layer 2oz Copper PCB, and magnetic double-sided M.2 Shield Frozr heatsinks.

KitGuru says: The MEG Z690 Godlike will be sold in a bundle as previously predicted, creating a good starting base for those looking to build a top of the line Alder Lake PC. Would you consider getting an MSI MEG Z690 Godlike for an Alder Lake-based computer?