AMD has risen to the top of the PassMark single-threaded benchmark chart. The new chart puts the Ryzen 5 5600X at the very top, beating out plenty of Intel Core i9 and Core i7 SKUs along the way.

Unfortunately, the Ryzen 5 5600X is the only Zen 3 processor listed in PassMark, but the rest of the family should be added soon. You can check the rest of the chart HERE. 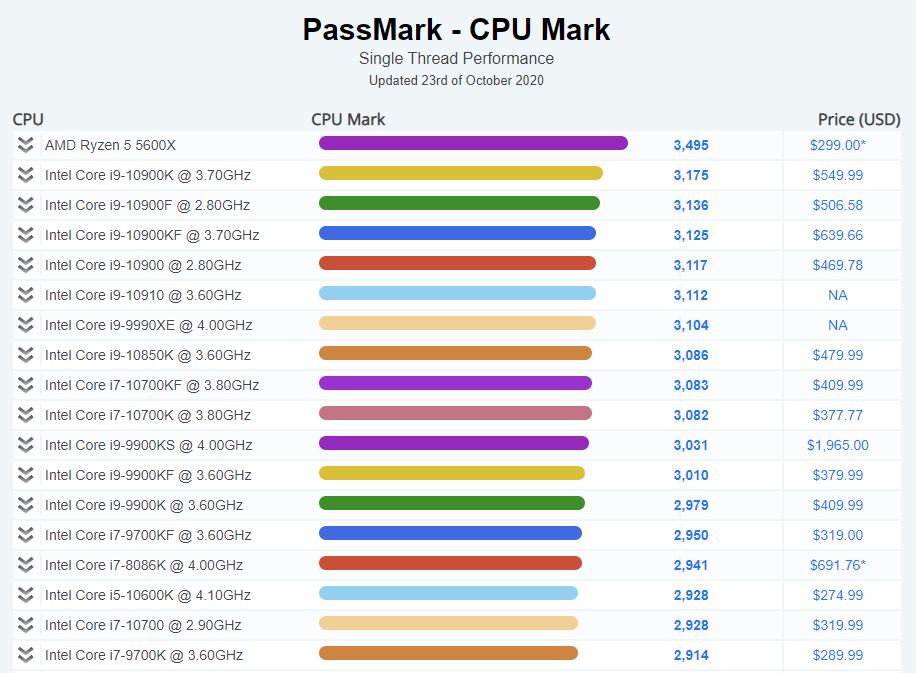 Once we see the Ryzen 7 5800X and the Ryzen 9 5900X and 5950X in this chart, we expect that their single-thread performance will be slightly better due to their higher boost clocks of 4.7GHz, 4.8GHz, and 4.9GHz, respectively.

Priced at $299, the AMD Ryzen 5 5600X will be available alongside the other AMD Ryzen 5000 processors, scheduled for a release on November 5th.

KitGuru says: The future is looking bright for Ryzen 5000. Are many of you looking forward to reviews and benchmarks? Will you be considering one for your next upgrade?