Back at CES 2021, AMD confirmed that the Ryzen 9 5900 and Ryzen 7 5800 (non-X) will be coming this year for OEMs. As it seems, PC makers are finally starting to receive those processors, with Alienware being one of the first to include them as a configuration option. 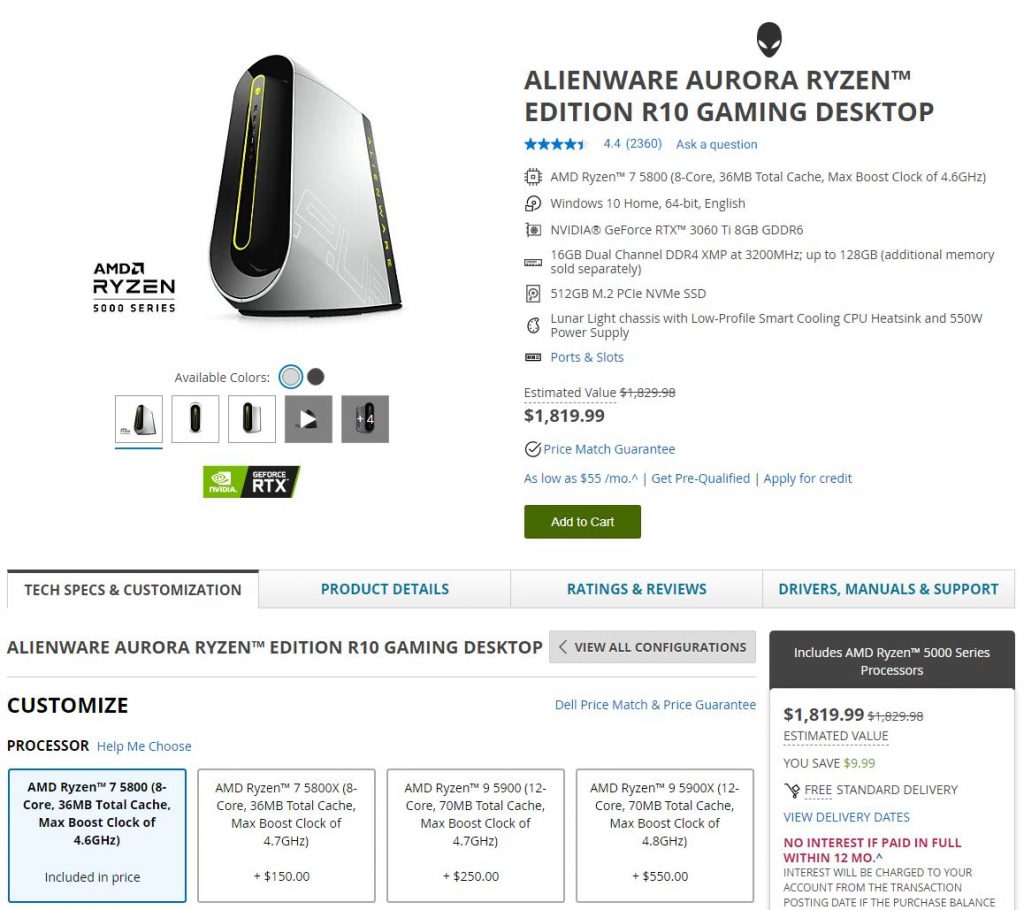 For now, it seems only Dell/Alienware has them available, but other OEMs should follow soon. Discuss on our Facebook page, HERE.

KitGuru says: AMD hasn't announced a Ryzen 5 5600, but perhaps we'll see that later in the year. If AMD released these non-X SKUs to the DIY market, would you buy one?