An AMD EPYC embedded processor roadmap has surfaced, suggesting that the upcoming Zen4-based EPYC 7004 embedded series is targeted for a launch before the end of 2022. Moreover, it also shares some processor specifications, including core counts and TDP.

According to the roadmap shared by VideoCardz, the Epyc 7004 embedded processors will come with over 64 cores and feature a TDP ranging from 120W to 280W. As for the release date, the roadmap points to 2022. 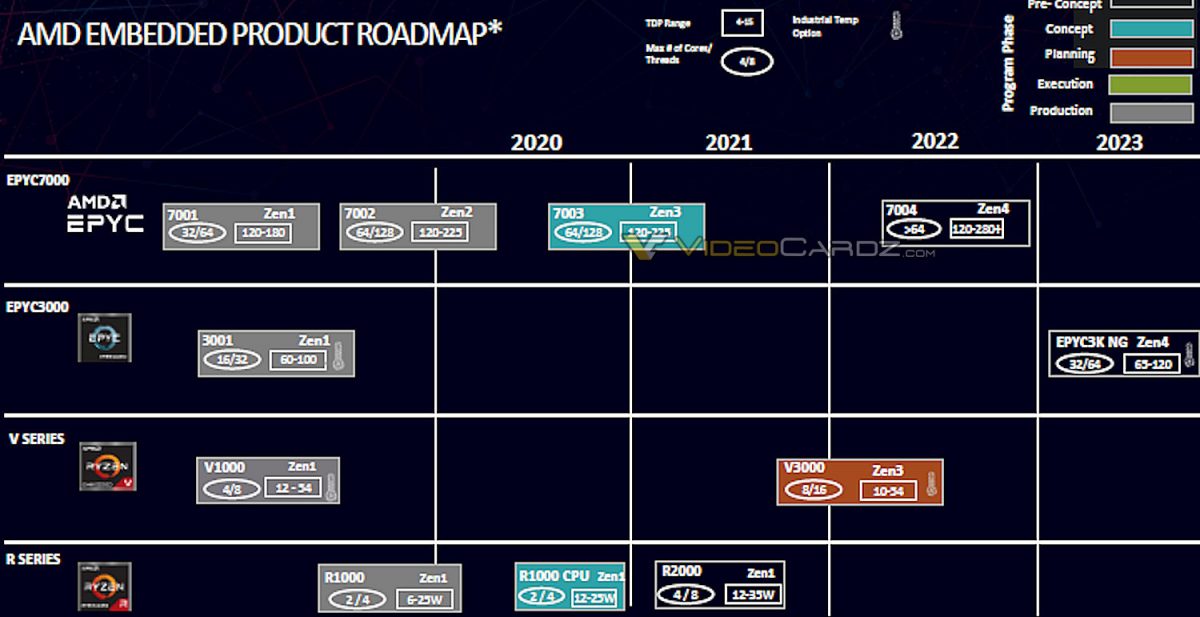 It's also worth noting that the roadmap doesn't include the Ryzen V2000 Embedded series, which released last year. It also shows the V3000 series as being in the ‘planning' phase, with these processors expected to come with 8 or 16 cores and a 10-54W TDP.

The roadmap still shows the Zen3 Epyc 7003 and the R1000 CPU series as in the “Concept” phase, so this roadmap is likely from late 2019 or early 2020. With that in mind, it is likely that some of AMD's plans have changed since then.

KitGuru says: By the looks of it, AMD will keep increasing the core count in all CPU market segments. Next, we'll have to wait and see how Intel responds with its own processors.