As first spotted by Benchleaks, the BAPCO Crossmark database has been updated with an entry showing an unnamed AMD processor with 8x cores and 16x threads running with 16GB of 4800MHz memory. Considering the frequency the memory is running at, it is believed that this is DDR5 memory. 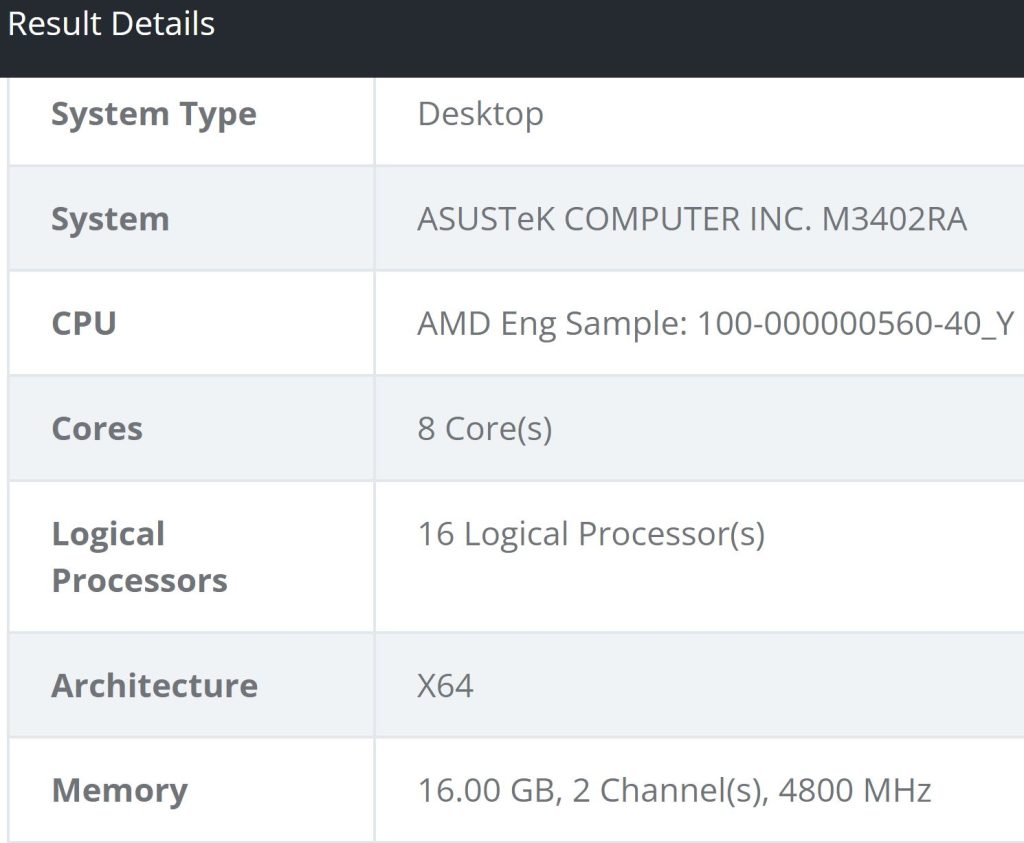 While AMD's upcoming “Rembrandt” processors are expected to be the first to support DDR5 memory, this is a mobile CPU platform, while the engineering sample shown in this database entry appears to be in an ASUS desktop system.

As expected from an engineering sample, the scores are not that great here, coming in below most current 8-core desktop processors. However, this is often the case for ES samples and we should see much better scores when retail/OEM SKUs begin appearing in benchmark results.

AMD plans to announce new Ryzen processors and Radeon Graphics at CES 2022 on the 4th of January.

KitGuru says: AMD has plenty lined up for 2022, with new processors expected at the beginning and end of the year. Will you be looking to upgrade your system in 2022?