With Intel's Alder Lake-S desktop processors set to launch very soon, we've been seeing more and more benchmark leaks. The Intel Core i9-12900K has been at the centre of most of these leaks, with the latest benchmark scores revealing strong single-core performance.

The screenshot shared on Bilibili (via VideoCardz) shows an unnamed Intel CPU being compared to the Ryzen 9 5950X.  We can't 100% confirm this is an Intel Core i9-12900K, but considering the single-core score and the 24x threads displayed in the thread count of CPU-Z, it sure looks like one. 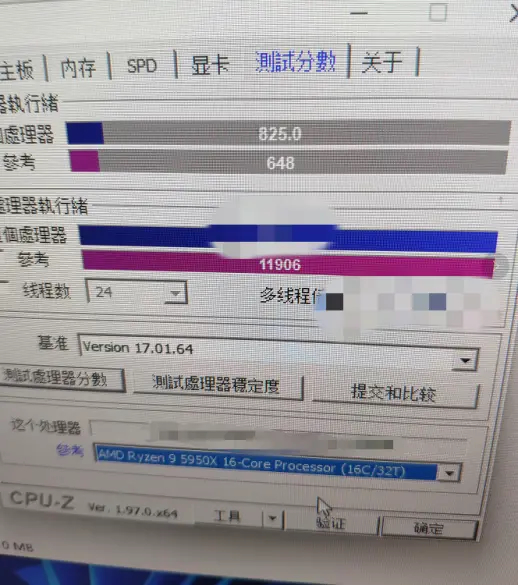 According to the values obtained from the screenshot, the Intel processor is 27% faster than the Ryzen 9 5950X. Even compared to the current high-scorer, the Core i9-11900K, it outperforms the 11th Gen flagship by 21%, putting it at the top of the chart. The screenshot also shows a multi-core benchmark score, but unfortunately, the score was blurred out. However, judging by the blue and purple bars, it looks like it has scored nearly the same as the 5950X, which got 11906 points.

The Intel 12th Gen Core processors are expected to come out in early November alongside Z690 motherboards.

KitGuru says: Are the Core i9-12900K scores within your expectations? Are you considering getting one on release?

Previous Win an RX 6600 XT graphics card or Fractal Design Lumen RGB AIO cooler! (Closed)
Next Season 3 of The Witcher has been confirmed