An AMD slide belonging to the “When Gaming Begins” presentation has leaked, detailing the memory overclocking in Ryzen 5000 desktop processors. As per this slide, “DDR4-4000 is to Ryzen 5000 series as DDR4-3800 was to AMD Ryzen 3000 series”.

These three clocks will come in a 1:1:1 relationship by default, but the RAM speed set by the user will determine the value. If the user buys a kit of RAM with an XMP profile with 4000MHz and sets it in the BIOS, the memory controller and Infinity Fabric clocks will also be 4000MHz. 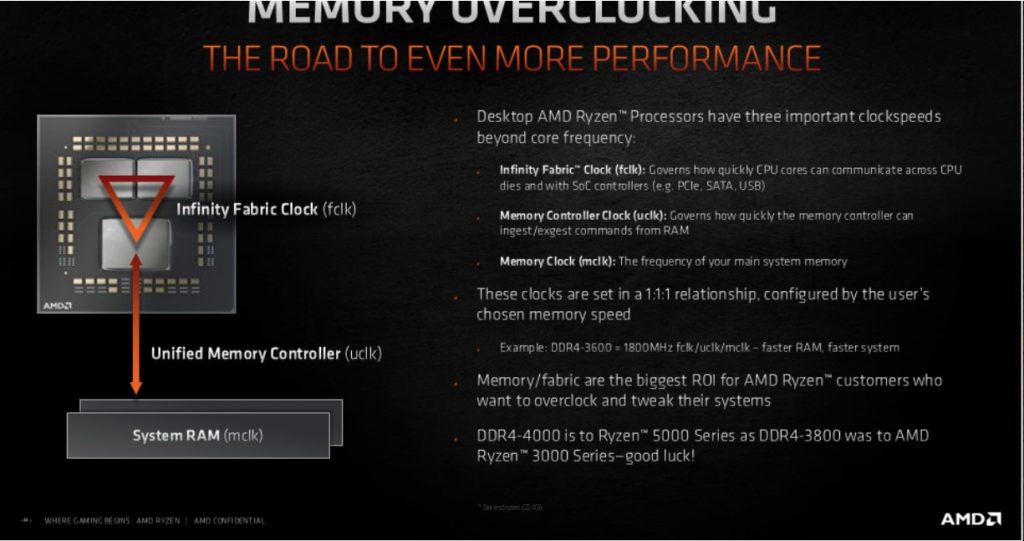 The slide also claims that “memory/fabric is the biggest ROI for AMD Ryzen customers who want to overclock and tweak their systems”. Additionally, it also states that as DDR4-3800 was the top-performance configuration for Ryzen 3000 desktop processors, DDR4-4000 will be the same for Ryzen 5000 desktop processors.

AMD has scheduled the release of the Ryzen 5000 series desktop processors for November 5th.