AMD has enjoyed plenty of success following the launch of 2nd Gen Ryzen processors earlier this year. Now the company is expanding its desktop lineup, with new Athlon APUs and a series of Ryzen PRO CPUs for the commercial sector.

Starting off with the Athlon side of things, AMD has reimagined its Athlon lineup. Now, Athlon processors now consist of Zen CPU cores and Vega graphics in a system on chip design. The first chip to make its way out will be the AMD Athlon 200GE, a dual-core, four thread chip running at 3.2GHz and a low 35W TDP. It will be a very low cost solution too, with a suggested retail price of $55. An Athlon 220GE and Athlon 240GE will follow later this year but AMD is keeping exact specs under wraps for the time being.

According to AMD, the Athlon 200GE should be 169 percent more responsive in computing tasks compared to the last-gen A6-9500E. It also has up to 67 percent more GPU performance thanks to the Vega cores and is up to 64 percent faster in PC games. With that said, if gaming is really what you are after, then you may be better served by a Ryzen 2200G or 2400G APU, which contain more GPU compute units. 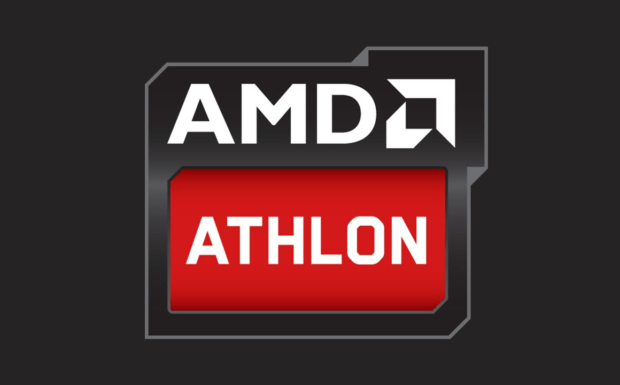 Next up on the list is the new series of Ryzen 7 PRO and Ryzen 5 PRO CPUs. These are essentially low TDP versions of the current Ryzen 2nd gen processors, with the same core/thread counts and similar clock speeds:

The Ryzen PRO processors are intended for commercial/professional clients, like business, enterprise and the public sector. Currently, the Athlon 200GE is expected to hit system integrators and retailers on the 19th of September. The remaining Athlon 220GE and 240GE processors will be launching in Q4 this year. Meanwhile, Ryzen PRO desktop processors will be available through OEMs, like Dell, HP and Lenovo.

KitGuru Says: Not the most exciting announcement for enthusiasts but still interesting nonetheless. AMD's position in the market continues to expand and getting OEMs on board will play a significant role in expanding further.