While Intel has yet to officially launch its Kaby Lake desktop CPUs, plenty of people seem to have got their hands on the Core i7 7700K already, with plenty of benchmarks already floating around the web. One of the worrying aspects about these early reviews has been reported temperatures, which seem to be quite a bit higher than Skylake and this week, someone may have figured out why as one user claims to have delid their 7700K to replace the TIM, which has dramatically improved temperatures while overclocked.

User ‘RichUK' on the Anandtech forum has managed to get an early 7700K retail sample and has managed to get a 5GHz overclock on it. While running at this speed with a Kraken X62 AIO cooler, the CPU would hit around 90 degrees Celsius under full load but after delidding the CPU and replacing the Thermal Interface Material (TIM), temperatures have dropped to a much more reasonable 64 degrees Celsius. 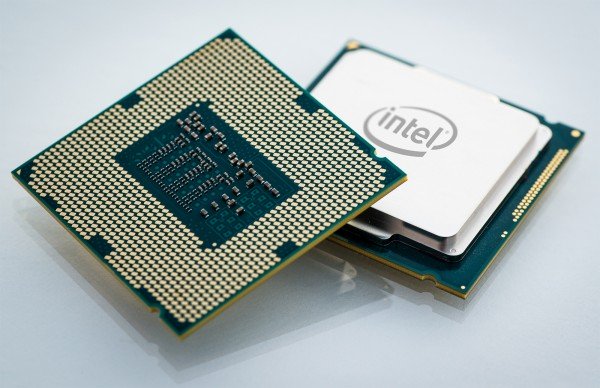 This suggests that perhaps Intel has been using poor quality TIM for its new Kaby Lake chips, which as wccftech pointed out, is an issue that has popped up before and was eventually fixed with the Devil's Canyon Haswell refresh. All of that said though, it is also worth keeping in mind that temperatures for Kaby Lake may also be a bit higher compared to Skylake due to the new stock clocks. The 6700K ships with a 4.2GHz boost clock, whereas the 7700K ships with a 4.5GHz boost.

KitGuru Says: Things are still pretty early as far as the Core i7 7700K goes, so more testing will need to be done across a larger user base before we can be sure about any of these early findings. That said, for enthusiast overclockers, early indications seem to point towards delidding being the way to go for these chips.

Previous Former employee is crowdfunding to sue Crytek over unpaid wages
Next Ark Park is an educational Survival Evolved, in VR