This week, AMD officially announced its Ryzen 5 processor lineup, with plans to start rolling out the new six core and quad core SKUs on the 11th of April. These CPUs include the Ryzen 5 1600X, 1600, 1500X and 1400, and while US pricing was announced at the time, we didn't have confirmed pricing, until today.

As shown over on the retail store CCL Online, Ryzen 5 UK pricing will be as follows:

This is essentially the same as the US dollar amount for each CPU. However, one thing to note is that our pricing includes VAT, where as US pricing does not, since sales tax differs from state to state over there. 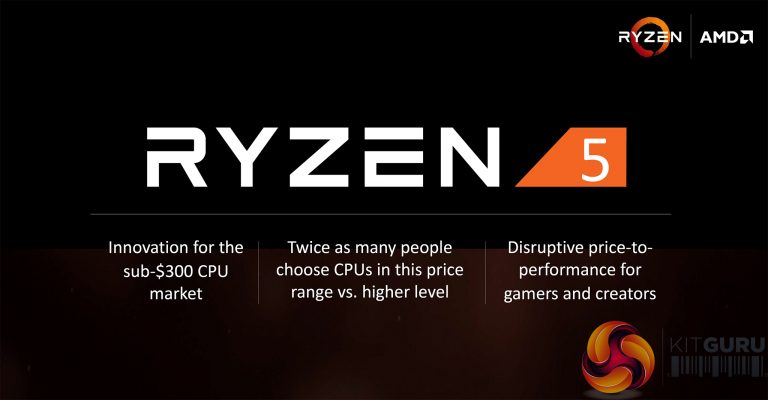 If you want a more in depth look at Ryzen 5 and the technology behind the chip itself, then you can find our initial coverage, HERE.

KitGuru Says: Ryzen 5 is looking very promising and its pricing puts it in direct competition with Intel's Core i5 lineup, alongside some of the more expensive Core i3s, like the 7350K. It will certainly be interesting to see reviews once they land.