According to Zauba.com database, which monitors imports and exports to and from India, where high-tech companies employ many engineers, AMD’s office in India received a “printed circuit board assembly (video graphic card) C880 Fiji XT P/N.102-C88001-00” on the 7th of November, 2014.

Videocardz web-site believes that AMD’s code-named Fiji XT graphics processing unit is the company’s next-generation flagship GPU that will power the Radeon R9 390X graphics card. It is believed that Fiji XT is based on the GCN 1.2 architecture and is made using 28nm or 20nm fabrication process. 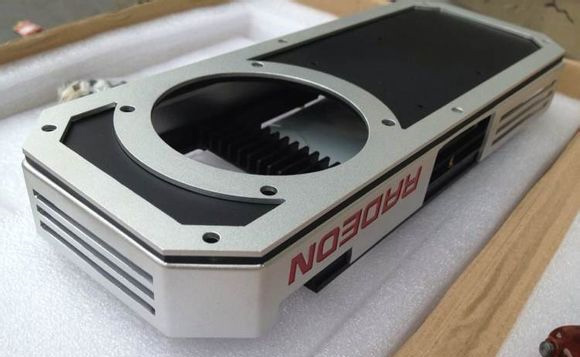 Given the fact that this is the first Fiji XT sample that AMD sent to its office in India, it is highly likely that commercial graphics cards based on the GPU are at least three to four months away.

KitGuru Says: Introducing an all-new graphics card in the first quarter when sales are low is not the best idea, but keeping in mind that AMD needs to fight back market share from Nvidia, it looks like the Sunnyvale, California-based company will not have a choice.