EVGA on Friday introduced one of the world’s first mass-produced GeForce GTX Titan X graphics cards with a hybrid liquid cooling system. The new board will hit the market in June and will be one of the world’s highest-performing single-GPU graphics adapters. For those, who already own a GeForce GTX Titan X, EVGA offers to buy its hybrid LCS separately.

At present Nvidia’s GeForce GTX Titan X graphics cards deliver unprecedented levels of performance for single-GPU graphics solutions. While there are numerous factory overclocked Titan X graphics adapters that can demonstrate even higher performance than the regular ones, the vast majority of them use Nvidia’s reference cooling systems. Coolers designed by Nvidia are rather efficient for stock clock-rates, but in overclocked conditions, they become loud and still cannot cool down graphics cards to acceptable temperatures. As a result, many suppliers of add-in-boards install their own cooling solutions on pre-overclocked Nvidia GeForce GTX Tian X graphics adapters. 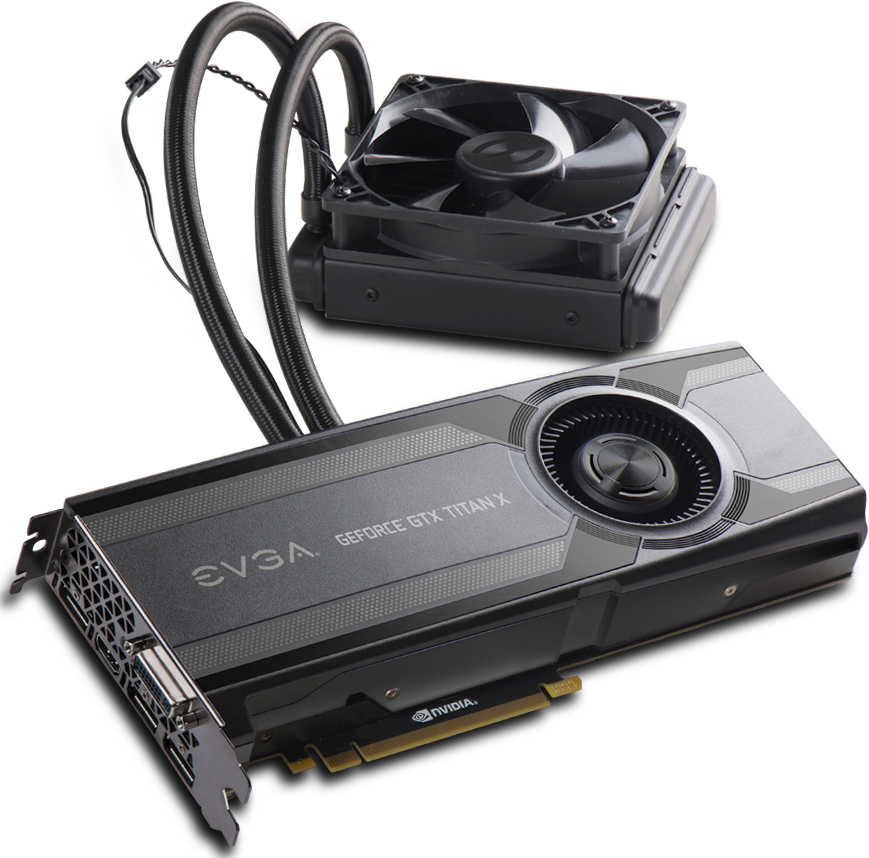 EVGA was among the first makers of graphics boards to offer a GeForce GTX Titan X with a pre-installed water-block for enthusiasts with DIY [do-it-yourself] liquid cooling solution earlier this year. On Friday, the company became the first maker of graphics cards to introduce a GeForce GTX Titan X with a hybrid closed-loop liquid cooler, which promises to combine maximum cooling efficiency and relatively quiet operation. EVGA’s hybrid liquid cooling solution features a water block with copper base, a large 120mm radiator, perfectly sealed tubes and a fan. The self-contained cooler is likely produced by a contract manufacturer, such as Asetek. According to EVGA, its hybrid cooling solution can cool down Nvidia’s GeForce GTX Titan X graphics processing unit to around 53°C under load, whereas the standard cooler can only cool the GPU down to 85°C under the same load. 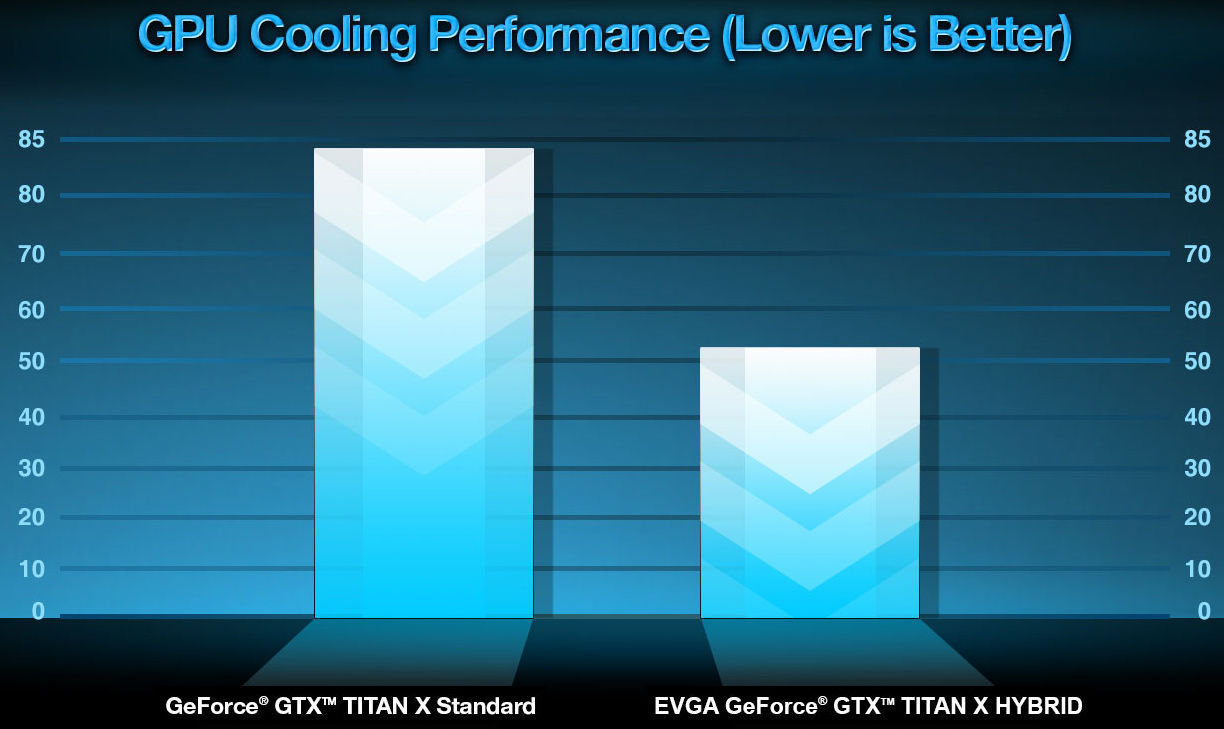 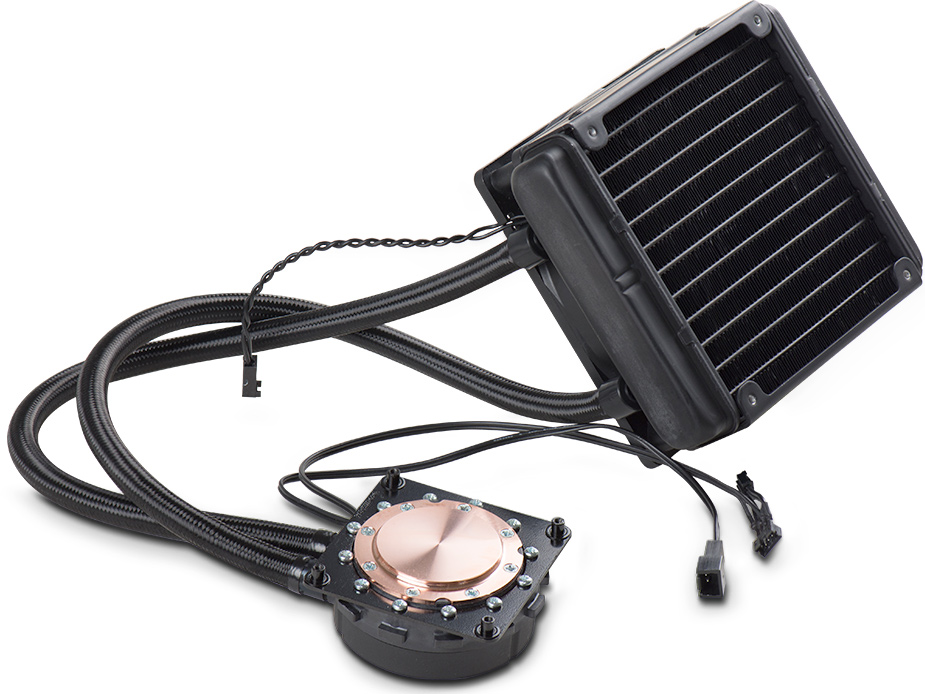 KitGuru Says: The EVGA GeForce GTX Titan X Hybrid looks like a very solid product with serious performance. If you would like to have something that is more powerful than just a Titan X and for some reason do not want to obtain a Radeon R9 295 X2 or wait for the Radeon Fury, then the new graphics adapter from EVGA may be just what you need.

Previous The name of flagship AMD Radeon revealed: Fury is back
Next Richard Carriere SVP of CyberLink speaks exclusively to KitGuru