Vince “K|NGP|N” Lucido, a legendary overclocker that works with EVGA, has published the first official images of the upcoming EVGA GeForce GTX 980 Ti K|NGP|N Edition graphics card. The new board looks somewhat similar to previous-generation K|NGP|N Edition products, but it still features a number of differences that promise to further enhance its overclocking capabilities. 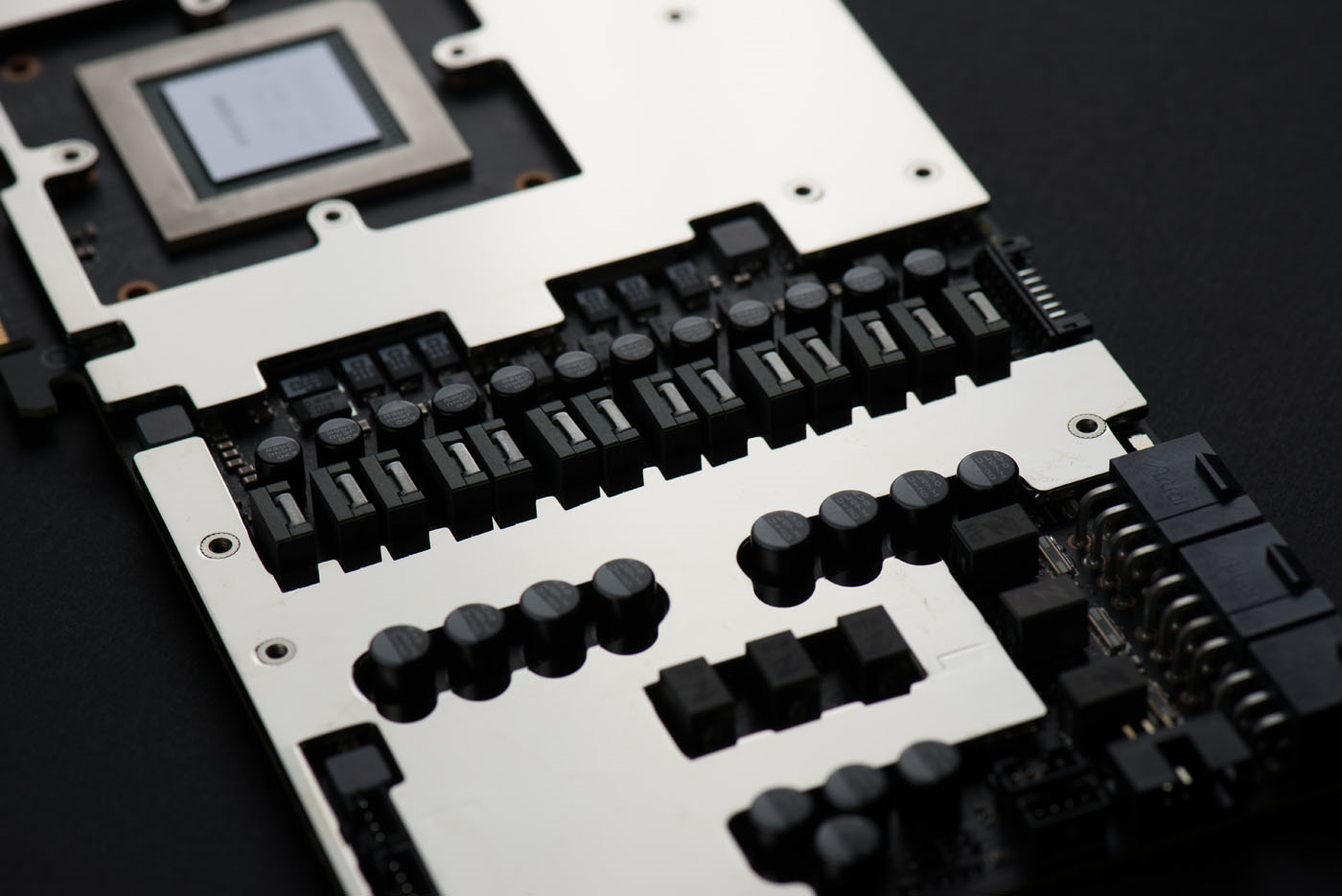 While the new VRM still relies on the same high-end solid-state chokes, it uses completely different capacitors. The new solid-state caps are black and most probably have different characteristics than their predecessors. The number of capacitors is also higher than on the EVGA GTX 780 Ti Classified K|NGP|N. The new VRM features six “additional” solid-state chokes, which are designed to further stabilize power delivery to the graphics processing unit. The new coils look bigger and more robust than their predecessor, which means cleaner and higher volume power delivery to the GPU. 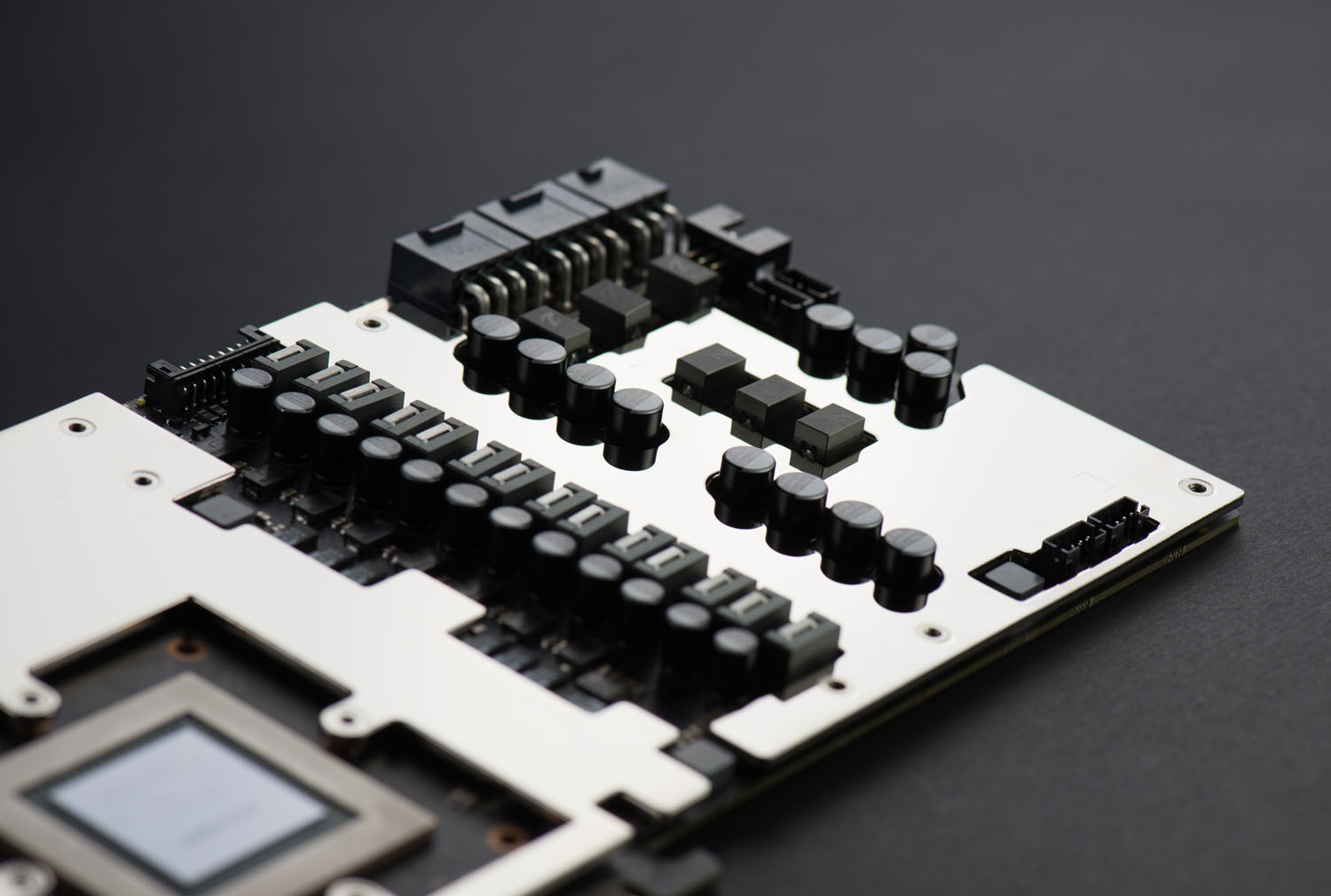 The graphics adapter is compatible with EVGA’s Evbot device that helps to adjust voltages of GPU and memory on the fly. Moreover, there are two DIP switches, one of which controls GPU voltage (and can amplify it by up to 50mV) and the other can enable or disable GPU and memory power protection. According to Vince “K|NGP|N” Lucido, overvoltage alone does not help “Maxwell” GPUs to hit record clock-rates and exotic cooling methods like liquid nitrogen are required. Therefore, additional voltage will not help to overlock a GM200-310 GPU if the latter is cooled by its stock air cooling system.

Like other graphics cards designed for extreme overclockers, the EVGA GeForce GTX 980 Ti K|NGP|N has a special circuitry that prevents GDDR5 memory from freezing when the card is cooled-down using liquid nitrogen or liquid helium. 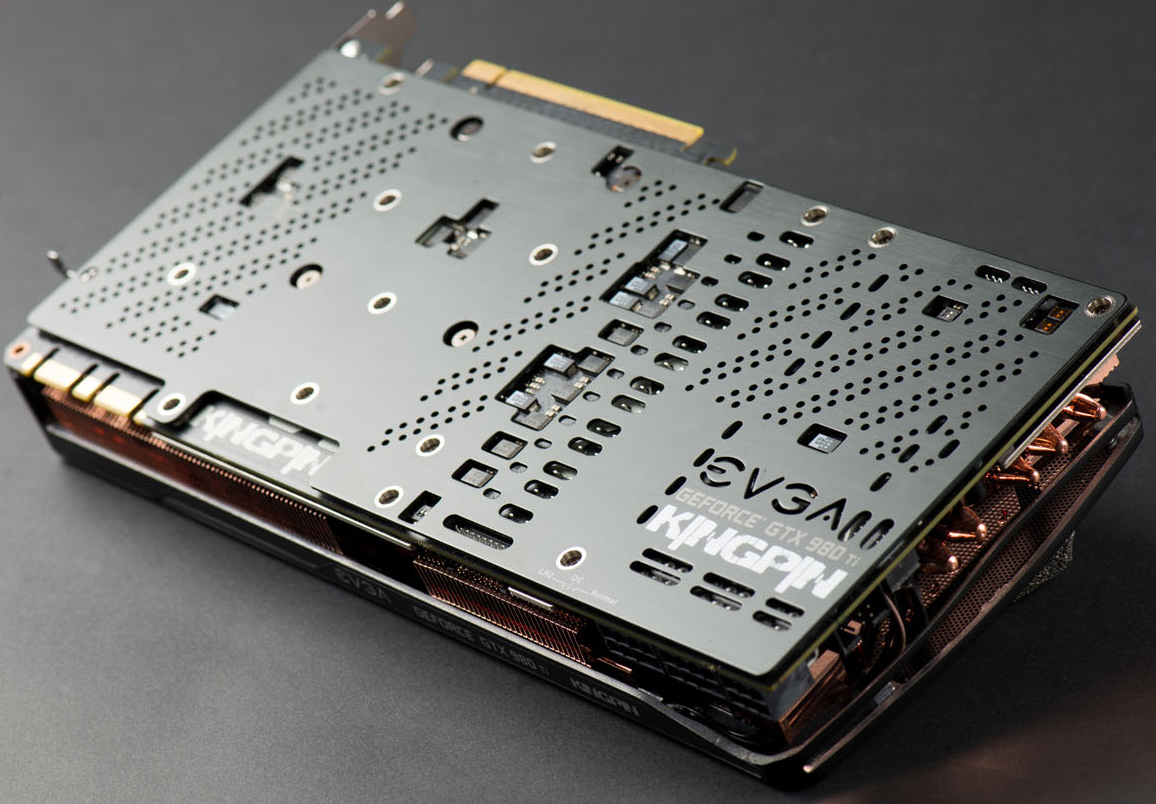 The EVGA GeForce GTX 980 Ti K|NGP|N utilizes an all-copper ACX 2.0+ cooler with five heat-pipes. It remains to be seen how well an all-copper cooling system will work, considering the fact that copper quickly absorbs heat, but it does not quickly dissipate it. The majority of modern coolers use a combination of copper heat-pipes with aluminum radiators, which quickly dispel heat. Just like in case of “Kingpin-edition” predecessors, the new card features a backplate as well as a preinstalled dedicated PWM baseplate.

The final clock-rates of the EVGA GeForce GTX 980 Ti K|NGP|N graphics adapter are still to be discovered and Mr. Lucido does not want to reveal it just yet, but expect something beyond we have seen so far in case of the GPU frequency as well as amplified clock-rate of GDDR5 memory. 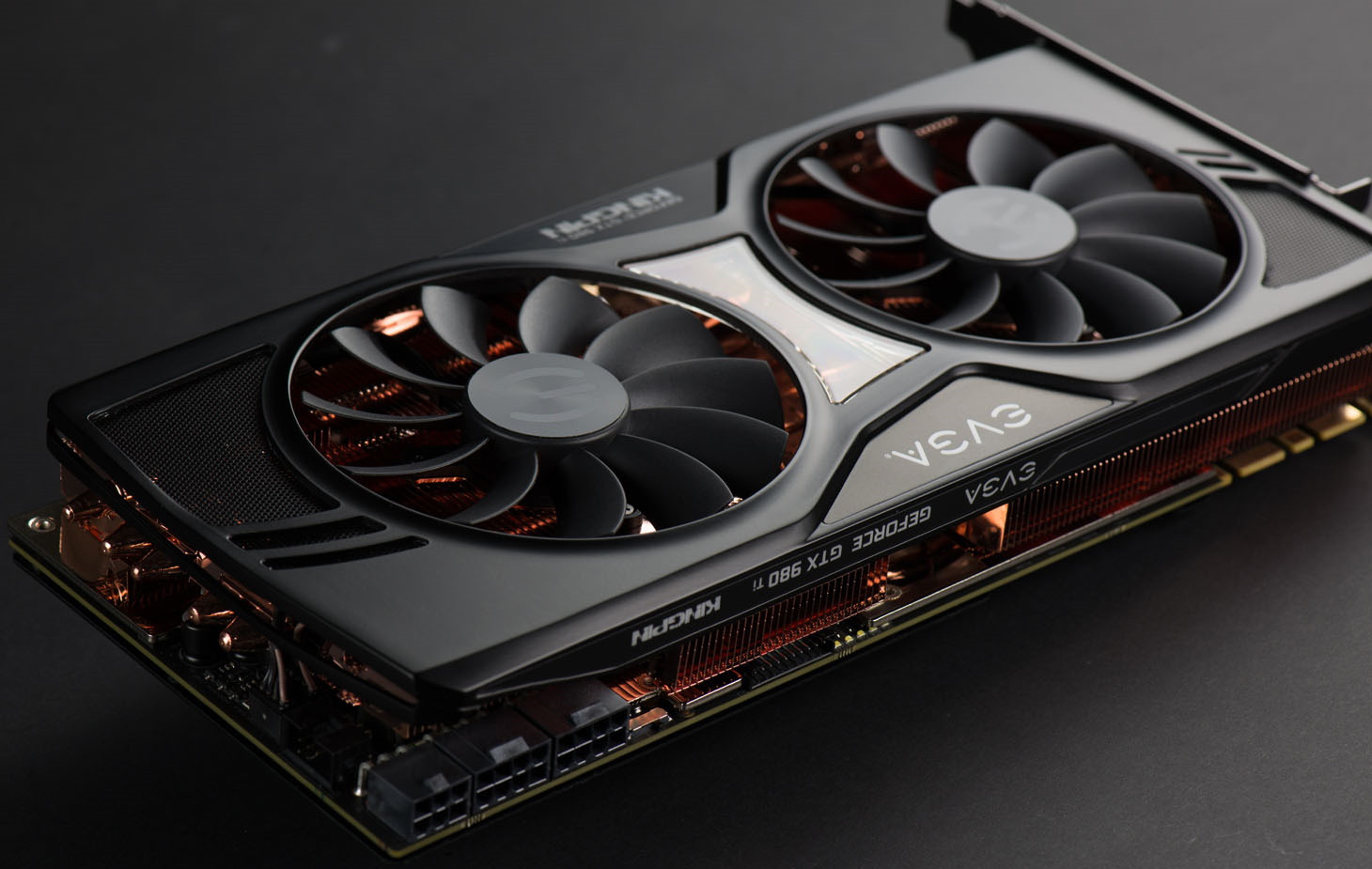 KitGuru Says: Looks like the EVGA GeForce GTX 980 Ti K|NGP|N is on the finish line. If it features 1.30GHz base GPU frequency out-of-the-box, then it will clearly become the world’s highest-performing single-chip graphics adapter.

Previous GlobalFoundries: We are producing 14nm chips for our customers, yields on-track
Next Telltale drops new screenshots for Game of Thrones episode six