Nvidia Corp. on Tuesday introduced its most powerful single-chip graphics card so far: the GeForce GTX Titan Black Edition. The new ultra-high-end graphics solution boosts horsepower of the former flagship by at least 7% and will likely please owners of the latest 4K displays who are hungry for additional speed in video games. 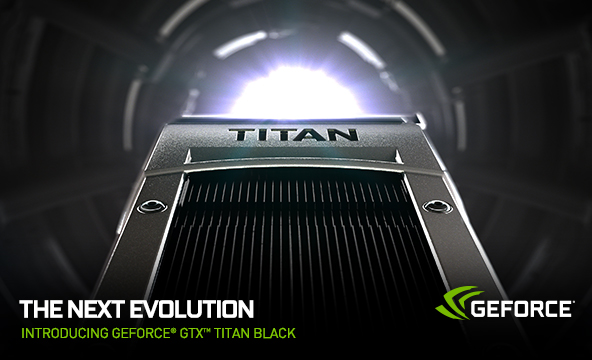 The GK110 graphics processor is based on Kepler architecture, so it supports all modern graphics and GPU compute application programming interfaces, including DirectX 11, OpenGL 4.3, OpenCL 1.1 and others. In addition, the GeForce GTX Titan Black Edition and systems on its base support a host of proprietary Nvidia technologies like PhysX, ShadowPlay, G-Sync, GameStream and some others.

Previously, Nvidia sold GeForce GTX 780 Ti 3GB and GeForce GTX Titan 6GB graphics cards for the high-end market. The former offers higher graphics processing horsepower thanks to 2880 stream processors, but the latter offers more memory, which results in higher performance in extreme resolutions, and double-precision computing, which may be important for some enthusiasts. The new GeForce GTX Titan Black Edition is the new ultimate graphics solution from Nvidia that provides everything the company has to offer.

KitGuru Says: Leading-edge graphics cards usually remain on top of product lineups for some time. In case Nvidia releases its new Kepler-based flagship graphics adapter now, then it makes no sense to expect a Maxwell-based high-end product during the spring refresh timeframe (March – April). Still, for those, who want even higher performance than the GeForce GTX Titan Black Edition can provide, Nvidia is reportedly preparing a dual-chip GK110-based solution.