Nvidia Corp. on Thursday introduced its second graphics card based on the GM206 graphics processing unit. The GeForce GTX 950 is the lowest-cost second-generation “Maxwell” solution that sports modern feature-set and decent performance in almost all games in full-HD (1920*1080) resolution.

Nvidia GeForce GTX 950 is powered by the GM206-250 graphics processing unit with 768 stream processors, 48 texture units, 32 raster operations pipelines as well as 128-bit memory interface. Nvidia recommends to clock the graphics processor at 1024MHz/1188MHz (base/boost) frequency and set the GDDR5 memory at 6.60GHz. By default, the chip has compute performance of around 1.57TFLOPS (significantly below 2.3TFLOPS of the GeForce GTX 960), but expect makers of graphics cards to offer factory-overclocked adapters with considerably higher peak performance. 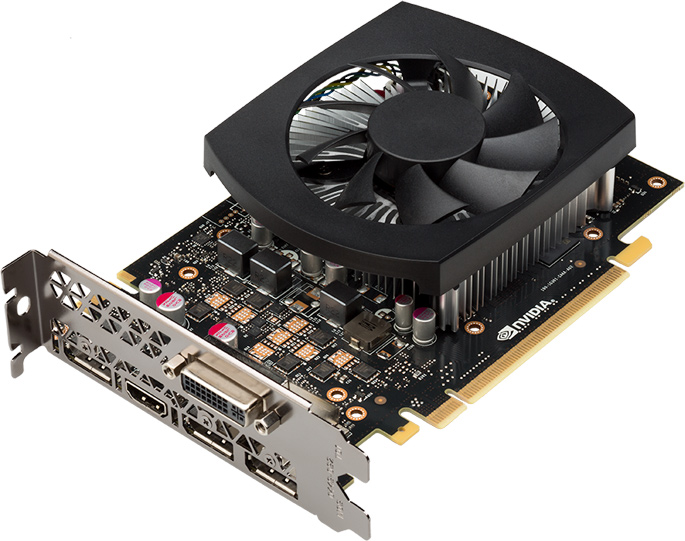 Nvidia’s GM206 graphics processor based on the second-generation “Maxwell” architecture is a modern GPU that supports all modern technologies and application programming interfaces, including DirectX 12, OpenGL 4.3, OpenCL 1.1, upcoming Vulkan and others. In addition, the GM206 supports all proprietary Nvidia’s technologies, such as PhysX and GameWorks effects, G-Sync dynamic display refresh, CUDA-accelerated applications and so on.

One of the unique capabilities of the GM206 is hardware-accelerated decoding and encoding of H.265 (HEVC) video, which is something that will ensure smooth playback of video in ultra-high-definition resolution, such as 4K (3840*2160). In addition, the chip fully supports HDCP 2.2 content protection over HDMI 2.0, which is required to playback movies on upcoming Ultra HD Blu-ray discs. 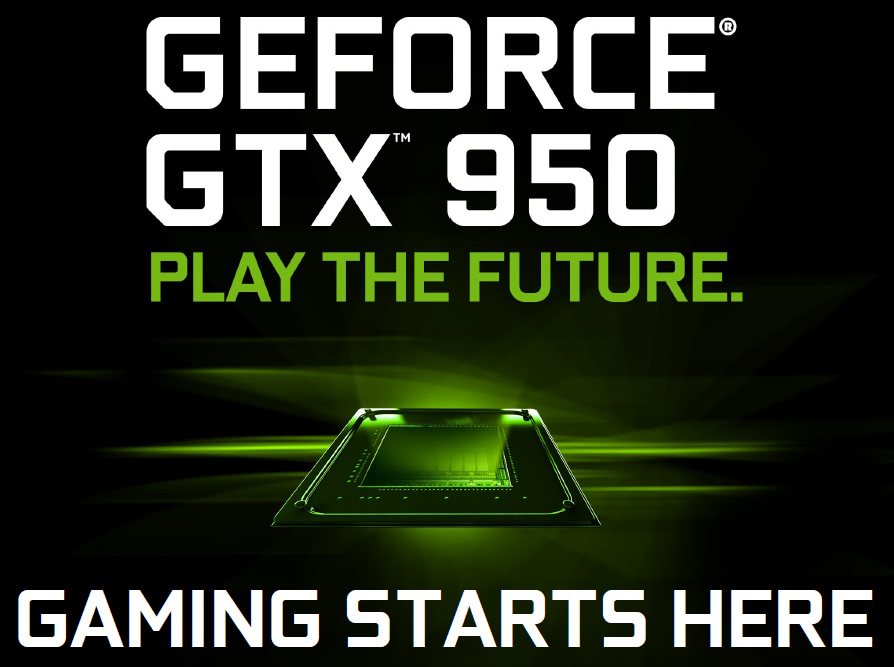 Nvidia positions the GeForce GTX 950 for gamers, who enjoy casual, online and multiplayer online battle arena (MOBA) games, which do not demand extreme GPU horsepower, but benefit greatly from high-performance graphics adapters. According to Nvidia, the GeForce GTX 950 dramatically improves responsiveness in various MOBA games, including Dota 2, League of Legends and Heroes of the Storm.

When designing the GeForce GTX 950, Nvidia’s target was to provide 60fps in full-HD resolution in modern games. Based on KitGuru’s review of the product, the GeForce GTX 950 does deliver comfortable frame-rates almost across the board.

“We had no problem playing our suite of new and slightly older AAA titles at a mixture of High and Ultra quality settings,” said Luke Hill, a KitGuru reviewer.

KitGuru Says: Looks like yet another great graphics card based on the “Maxwell” architecture. It is noteworthy that the die size of the GM206 is just around 227mm², which means that it is very inexpensive to manufacture. In the future, Nvidia can comfortably slash the price of the GTX 950 in a bid to improve its sales in the entry-level segment.