VisionTek, a supplier of graphics cards from the U.S., this week announced a unique AMD Radeon R9 290-based graphics card designed for extreme enthusiasts who not only want high performance, but desire maximum customisation too. The CryoVenom R290LE comes with a custom water-block developed specifically for custom liquid-cooling systems and is guaranteed to provide higher performance than the Radeon R9 290X.

There are tens of different closed-loop liquid cooling solutions on the market designed for microprocessors and graphics cards, so liquid cooling is not really something exotic nowadays. Nonetheless, there is a small percentage of enthusiasts who cannot settle with off-the-shelf solutions due to various concerns, so they buy components (water-blocks, reservoirs, pumps, fans, tubes, liquids, etc.) and build liquid-cooled desktops themselves. While, custom liquid-cooling solutions are more subject to leak than closed-loop off-the-shelf devices, the risks and additional work are paid off with increased cooling efficiency and/or utter quietness of their rigs. 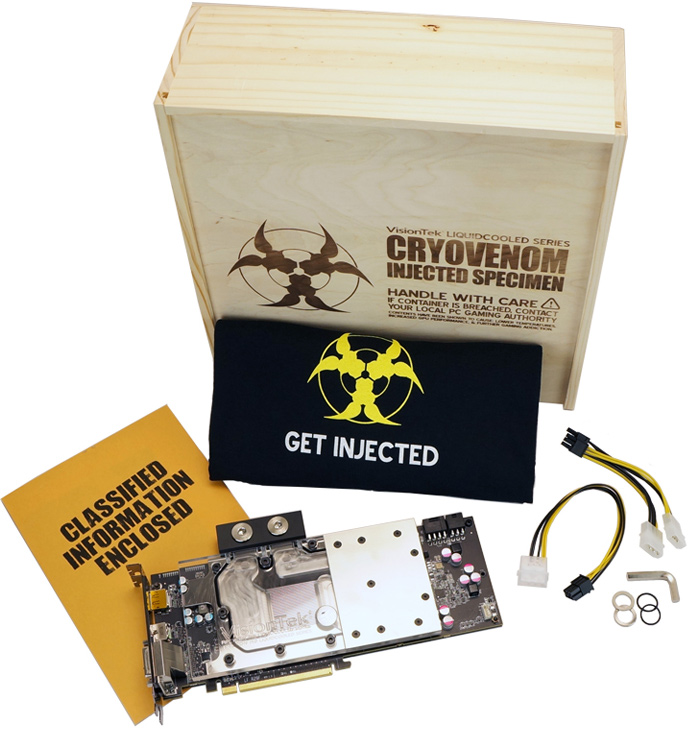 Specifically for those people, who are confident of themselves and of custom cooling, VisionTek introduced CryoVenom R290LE, which features a specially-designed EKWB water-block featuring a narrow micro-channel fin and low pressure drop design. The block’s electrolytic copper base is clad with a chrome appearance-like nickel plating to prevent corrosion while the precision cut acrylic top provides effective and quiet fluid flow. The CNC machined black anodized aluminium backplate protects the card’s sensitive circuit board components during installation handling while also providing additional passive cooling for the VRM. 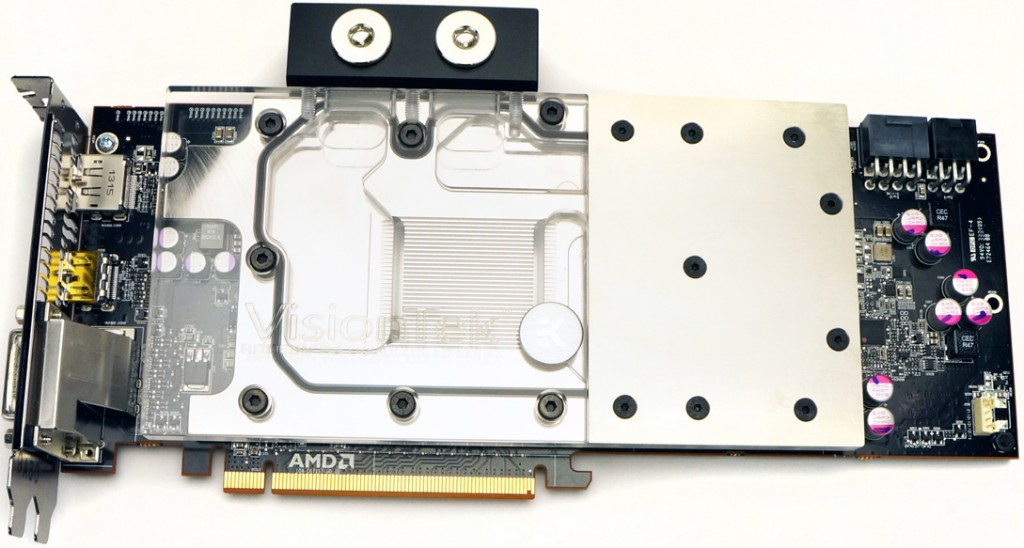 Experienced enthusiasts have to plug the card into their PC and connect tubes from their custom liquid cooling system to the water-block. The latter covers the Radeon R9 290 “Hawaii Pro” graphics processing unit itself, GDDR5 memory and voltage regulation module (VRM). According to VisionTek, even under demanding in-game usage, the “card registers 125°F (51°C)”, which is claimed to be “up to 38% cooler than a comparable air cooled card.”

VisionTek has been offering a “regular” CryoVenom R9 290 graphics card for a while now. Starting this week and for a limited time the company will offer CryoVenom R290LE limited edition graphics card that comes with GPU overclocked to 1175MHz (up from 950MHz) and memory operating at 5800MHz. 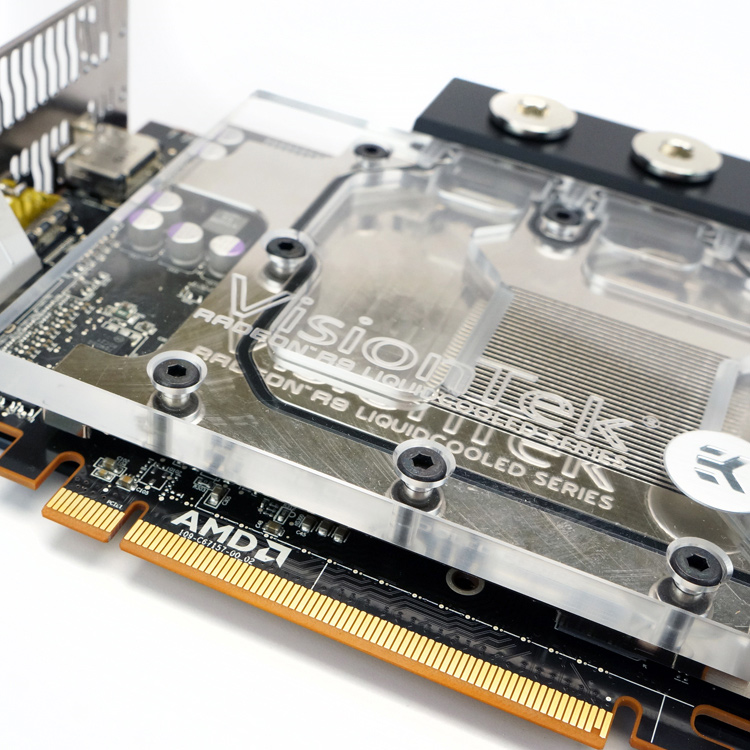 Although the Radeon R9 290 “Hawaii Pro” is a cut-down version of the Radeon R9 290X “Hawaii XT” that comes with 2560 stream processors (SPs), 160 texture units (TUs) and 64 raster operations pipelines (ROPs) (down from 2816 SPs, 176 TUss and 64 ROPs on the R9 290X), the CryoVenom R290LE should actually provide higher performance than the fully-fledged Radeon R9 290X. Peak single-precision compute performance of the latter is 5632GFLOPS, whereas the CryoVenom R290LE can provide up to 6016GFLOPS thanks to increase clock-rate.

Both the standard and new CryoVenom R290LE models are immediately available to order directly from VisionTek. The standard version costs $600 (€432, £386), whereas the limited edition overclocked edition is priced at $650 (€470, £357). Both graphics cards are hand-assembled and hand-tested. Both cards are covered with a limited warranty. Like other Radeon R9 290-based graphics cards, VisionTek’s models come with Battlefield 4 video game.

To receive the special “income tax refund” 5% discount, customers should use the coupon code CRYO5ALIVE during checkout by May 1, 2014. 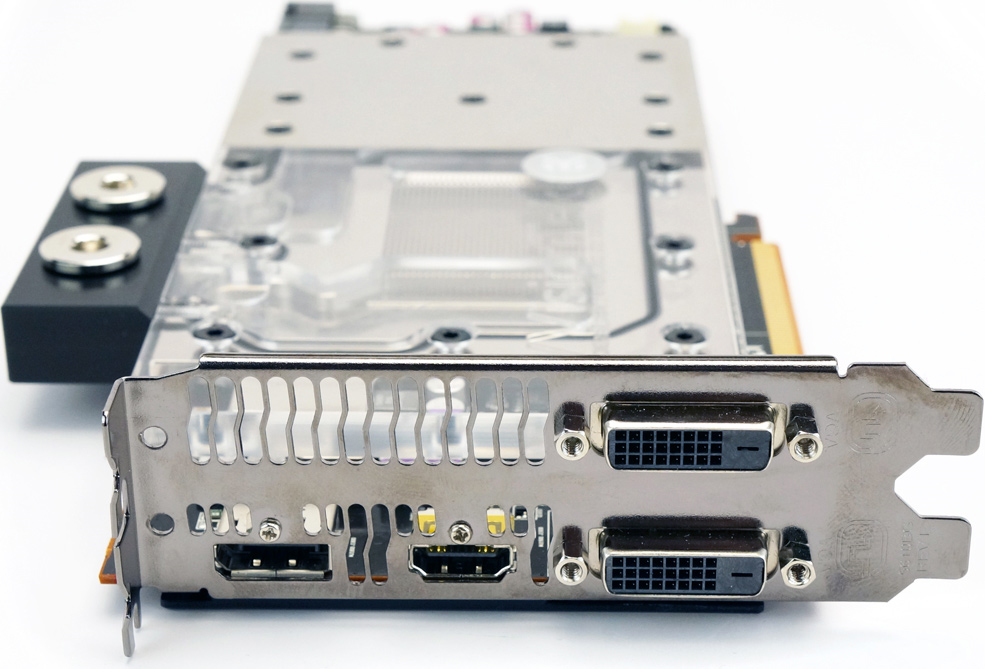 KitGuru Says: Keeping in mind that the Radeon R9 290X graphics cards still cost around $650 in the U.S., the VisionTek’s CryoVenom R290LE seems to be a rather good buy for an enthusiast who wants a water-block and guaranteed high performance. Unfortunately, the CryoVenom R9 290LE will be limited in availability to 100 units or less…