As it appears, Nvidia’s code-named GM204 graphics processing unit is considerably more powerful than initially thought. The GM204 integrates 5.2 billion transistors and features 398 square millimetre die size, which means that it will hardly be able to address mainstream market segments any time soon due to significant manufacturing costs.

Nvidia GM204 GPU in its maximum configuration packs as many 2048 stream processors (SPs), 128 texture units (TUs), 64 raster operations pipelines (ROPs), 2MB L2 cache, and 256-bit memory interface, according to a report from VideoCardz. The chip is organized in four graphics processing clusters (GPCs), each of which featuring four streaming multiprocessor modules (SMMs). Each Maxwell SMM sports its own PolyMorph Engine 2.0 unit (one vertex fetch, one tessellator, one viewport transform, one stream output, etc.) and is divided into four blocks with their own control logic (instruction buffer, warp scheduler, dispatch unit), a register file, two TUs and 32 SPs. 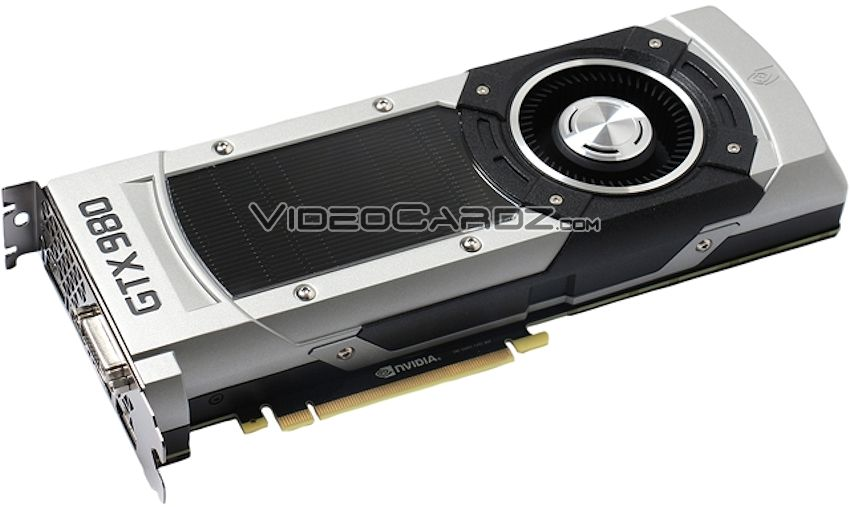 GeForce GTX 980 graphics cards made in accordance with Nvidia’s recommendations will feature 1126MHz/1216MHz base/boost clock-rate for GPU as well as 7GHz effective frequency for GDDR5 memory. The maximum single-precision floating point performance of the GTX 980 is projected to be around 4.6TFLOPS, which is significantly higher compared to that of the GK104-based GeForce GTX 770 (3.2TFLOPS), but is still lower compared to that of the GK110-powered GeForce GTX 780 Ti (5.1TFLOPS).

Thanks to 64 ROPs, the GeForce GTX 980 graphics card should perform very well in high resolutions. However, since its memory bandwidth will be limited to around 224GB/s it will hardly outperform the GeForce GTX 780 Ti or the GeForce GTX Titan Black in ultra-high-definition cases. Still, new colour compression technologies and other methods of reducing requirements for memory bandwidth could help to bring performance of the GM204-based solutions closer to that of GK110-powered graphics boards.

KitGuru Says: Nvidia’s decision to boost the size of the GM204 GPU to nearly 400 square millimeters is very surprising. The manufacturing cost of such chip may be too high to use it for mainstream graphics products that cost around $200, meanwhile, at present the company still does not have a Maxwell-based mainstream GPU. The die size of the GM204 graphics chip may give a glimpse at what to expect from Nvidia when it comes to its new top-of-the-range GPU. It is highly likely that the code-named GM200 processor’s die size will be between 550 sq.mm and 600 sq. mm., which means that it will be the world’s largest GPU ever made.