XFX is gearing up to release a Radeon R9 Fury-based graphics adapter featuring a liquid cooling system. The card will feature overclocking potential on par with AMD’s Radeon R9 Fury X, which will help to at least partially close performance gap between the “Fury” and the “Fury X” products.

The XFX Radeon R9 Fury with liquid cooling will rely on AMD’s reference design for its graphics cards based on the “Fiji” graphics processing units, but will utilize a cooling system similar to that installed on the flagship AMD Radeon R9 Fury X graphics products. In fact, the whole design of the graphics adapter resembles that of AMD’s top-of-the-range offering, according to images published by VideoCardz web-site. 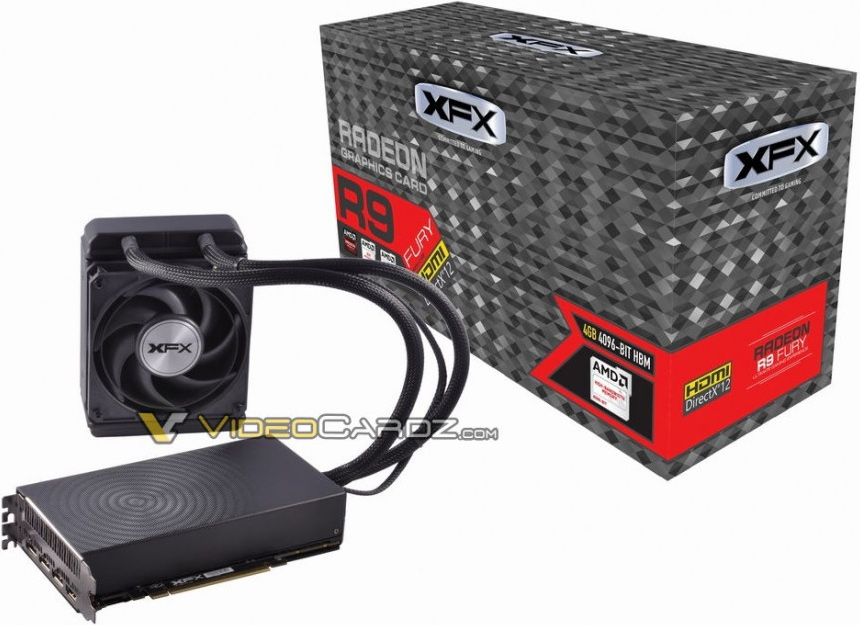 AMD and XFX did not comment on the news-story.

KitGuru Says: It looks like AMD is preparing to let all of its partners to sell the Radeon R9 Fury products. At present only Asustek Computer and Sapphire Technology supply graphics cards featuring “Fiji Pro” GPUs, but shortly everything is expected to change.

Previous Intel drained PC channel inventory to speed up transition to ‘Skylake’, Windows 10
Next Valve: DirectX 12 does not make a lot of sense, Vulkan does