Adobe Premiere Pro to use GPU acceleration for faster encoding

Graphic processing units can be very fast when executing specific tasks. However, not every application can harness the power of the GPU, but this week Adobe has announced that it will enable GPU hardware acceleration in a new update, making video encoding on Adobe Premiere Pro up to five times faster.

This new feature will be made this week in the Adobe Premier Pro's 14.2 update, with support for GPU hardware acceleration for both Nvidia and AMD graphics cards. Adobe also announced that Adobe’s Media Encoder, After Effects, and Audition apps also will be able to leverage the power of GPUs. The greatest improvements will be for the H.264 or H.265 / HEVC codecs – using a GPU can speed up the encoding up to five times, compared to when only using a CPU. 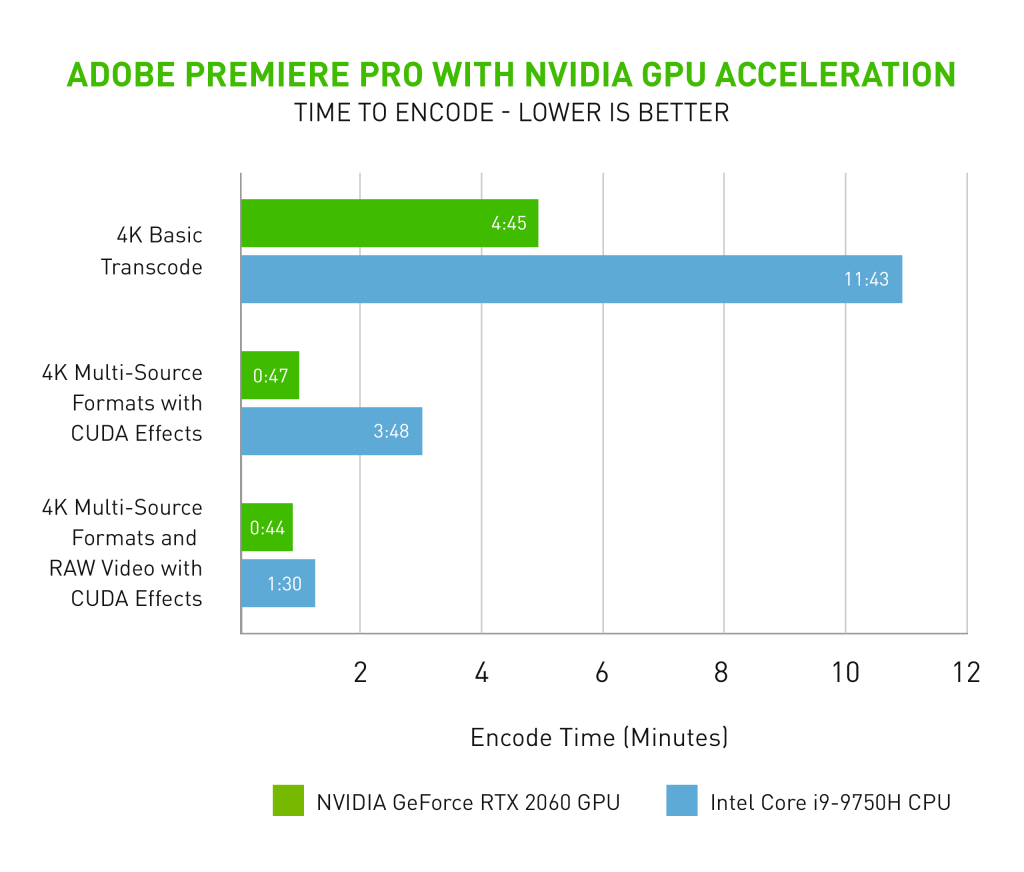 Manish Kulkarni, senior engineering manager at Adobe, said that the improvements stem from “years of collaboration between Nvidia and Adobe to deliver high-quality applications and tools to creators”.

Users can look forward to getting their hands on the update this week. Additional information on Nvidia's NVENC encoder can be found HERE.

KitGuru says: Do you use Adobe Premiere Pro? What are your thoughts on the upcoming feature?