The title is a mouthful, but shows a lot of important specifications about the graphics card. It will be based on Nvidia’s 1080Ti line, fitted with Gigabyte’s Waterforce water-block. It will be pushed to its limits with a factory overclock and sport 11GB of GDDR5X memory. 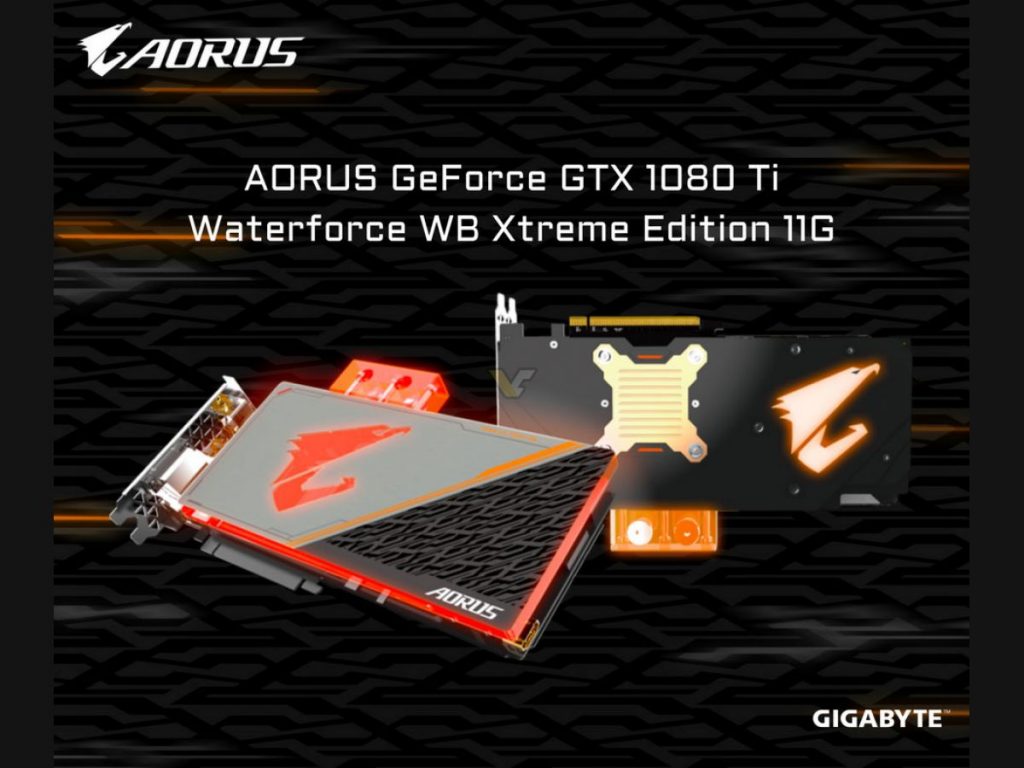 Since it is based on the air-cooled Xtreme Edition, the Waterforce version shares the same 12+2 phase and dual 8-pin power connection. The custom I/O bracket houses two HDMI 2.0b, three 1.4 DisplayPorts and a third HDMI on the back for VR-Link. Both the backplate and front logo are fitted with RGB lighting to suit any style of rig. Gigabyte will be continuing its lengthy 4-year warranty with the Waterforce edition, enabled through online registration.

Under the hood, the 1080 TI Waterforce WB XE features 1632 MHz core clock and 11232 MHz memory clock, boosted to 1746 MHz and 11448 MHz respectively in OC mode. This makes it one of the fastest 1080Tis on the market and with the premium Gigabyte often places over the reference designs, we can expect this card not to be cheap.

KitGuru Says: Gigabyte has made some excellent GPUs in the past, so we'll be looking forward to seeing what the Waterforce Xtreme brings to the table. Are any of you planning on grabbing a GTX 1080Ti soon?