If a market is lucrative, you can be sure that counterfeit versions will follow in an attempt to scam users of their hard earned cash. Graphics cards are no different, however the newly updated GPU-Z utility now provides a line of defence by identifying fake hardware from Nvidia.

At the beginning of the month, TechPowerUp released GPU-Z version 2.12.0 with improved stability and a range of new features. The most interesting of the bunch is the newfound ability to detect counterfeit graphics cards by replacing the manufacturer logo with a big caution triangle and prefixing the name with [FAKE]. 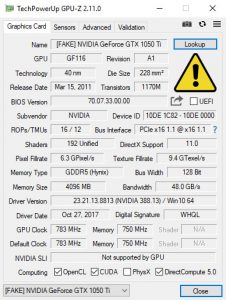 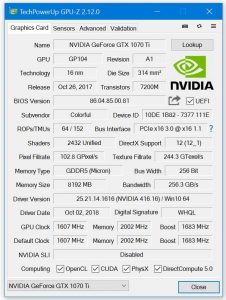 Despite fake graphics cards having been around for quite some time, scammers saw a window of opportunity amid the recent GPU shortage. This led to a flood of counterfeit graphics cards on the market, in which sellers modified the BIOS to fool systems into thinking the lower-end GPU was actually high-end. Now that the shortage is mostly over thanks to a decline in cryptocurrency mining and an uptick in manufacturing, this is hopefully set to be less of a problem moving forward.

Elsewhere, GPU-Z now houses an ‘advanced’ tab that displays information on audiovisual ports, individual fan speed and power-draw, which is now shown as a percentage of TDP and in Watts.

KitGuru Says: This is not only a welcome improvement, but a much-needed one. I can imagine many people are flocking to use the new tool to ensure their GPU is legitimate, if they haven’t done so already.