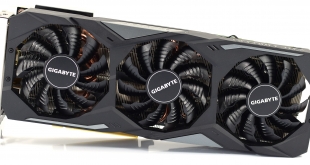 Nvidia's new RTX 2080 cards were officially launched on the 20th September, and today our attention turns to the first aftermarket card to come into our offices – the Gigabyte RTX 2080 Gaming OC 8G. This card features Gigabyte's Windforce 3X cooling system, overclocked speeds right out of the box, as well as RGB Fusion lighting. With a £110 price premium over Nvidia's Founders Edition model, however, can it justify the extra expense?

Following on from our review of the Nvidia RTX 2080 Founders Edition card, today we assess the Gigabyte RTX 2080 Gaming OC 8G. As the name suggests, it does come factory overclocked – out of the box it runs at 1815MHz, but it remains to be seen how big (if any) of a performance increase this gives us.

Gigabyte also puts a lot of emphasis on the triple-fan cooling configuration – named Windforce 3X – so it will be interesting to see how hot this card runs compared to Nvidia's Founders Edition, while acoustics will also be another area to focus on. 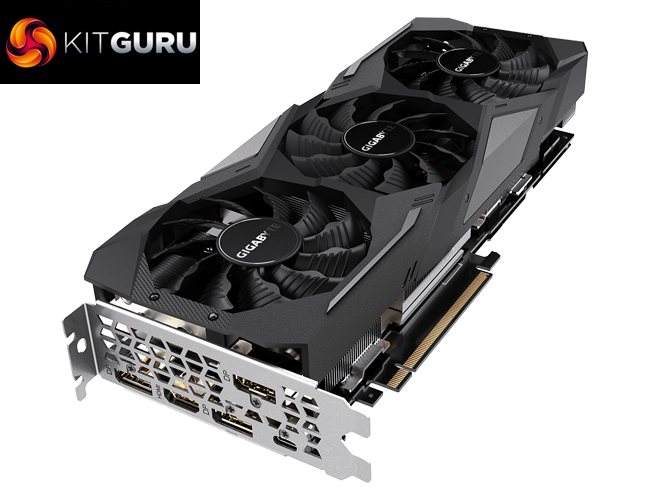 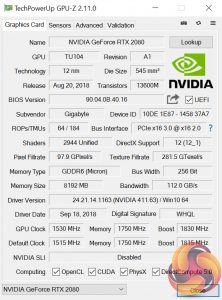 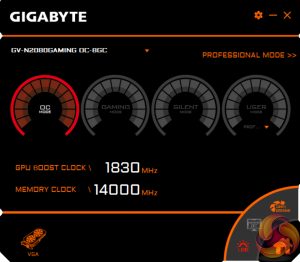 The supplied utility tool, named Aorus Engine, does allow users to enable the ‘OC Mode' which brings the boost clock up to 1830MHz – another 15MHz on top of the out of the box speed. Memory speed is left at 14000MHz. To show the card in its best light, this is the mode we did our testing in.