Earlier today, Nvidia's RTX 3000 series graphics cards were finally announced, after months of rumours and leaks. During the livestream event, pricing was only given in US dollars – starting from $499 for the RTX 3070 – but we now have official UK and EU pricing. 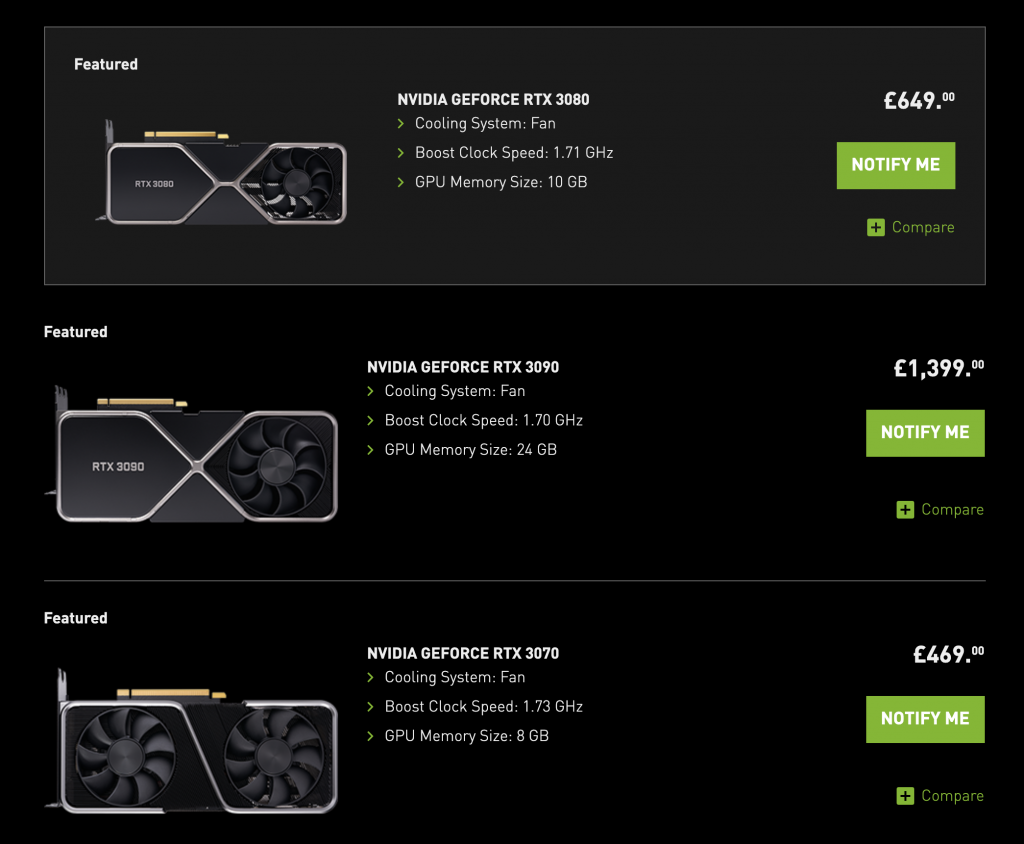 EU pricing will vary depending on local taxes, but MSRPs are set at €499, €699 and €1499 according to Nvidia's Head of Consumer PR EMEA, Ben Berraondo. We're still not sure when pre-orders will go live, but with the RTX 3080 available from September 17, it surely won't be long.

Subjectively speaking, the RTX 3070 does look very enticing at £469 if we can take Nvidia's claim that is faster than RTX 2080 Ti at face value. Similarly, according to Nvidia, RTX 3080 will deliver twice the performance of the RTX 2080, but at £100 less than the 2080 Founders Edition launched for. As always, however, we recommend waiting for independent reviews to validate a manufacturer's claims.

KitGuru says: Which card is most appealing to you, and what GPU are you currently using? Stay tuned for plenty of Ampere coverage over the coming weeks and months.