Extracting the best possible performance from the GPU inside a PC requires great software. AMD has been improving its Radeon Software for many years and since 2015 we have not only seen new features added but also improved performance and stability too.

Since AMD moved away from the Catalyst Control Centre software in 2015 and replaced it with AMD Radeon Software, there has been noticeable improvements to GPU performance and stability, along with new features. AMD claims that since 2015, Radeon Software has delivered average year-on-year performance gains of 12% for AMD GPUs, and GPU stability was rated at 93% as of June 2018. Through a close collaboration with Microsoft, the 2019 AMD Radeon Software has delivered AMDs most stable GPU driver to date.

AMD has now mapped out its plans for Radeon Software Adrenalin 2020, which is set to increase GPU performance even further with improved stability and a host of new features. Radeon Adrenalin 2020 features a completely redesigned installer, offering up to 34% faster installation time with a one-click setup and an improved factory reset with the option to keep previous GPU user settings. 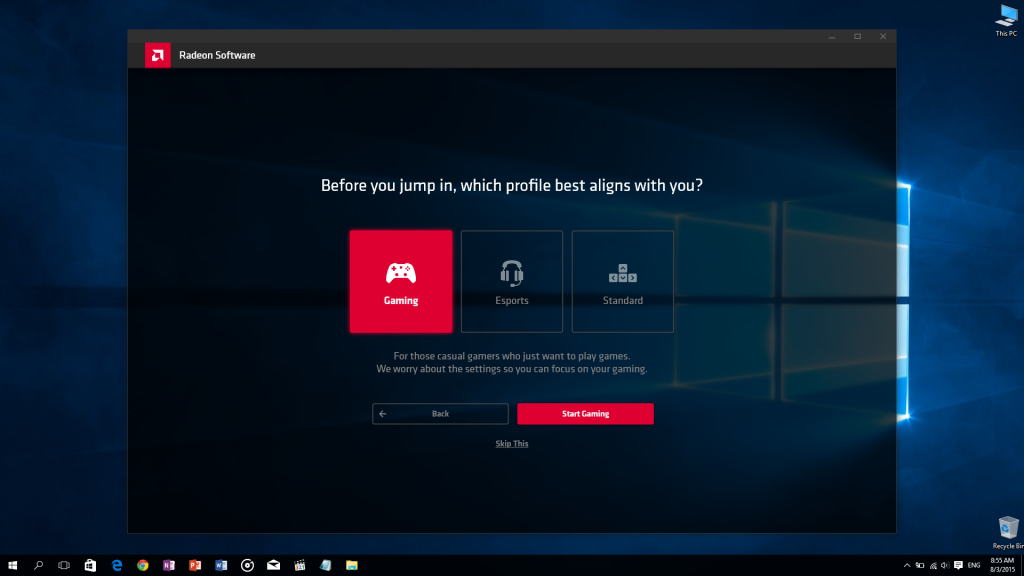 During the installation process, AMD GPU owners can click to choose the type of user they are with options including Gaming, Esports or Standard, this is ideal for novice users who don’t want to tinker with the software too much. However, enthusiast users who like to configure the software more specifically can skip this step and customise settings to their preference. 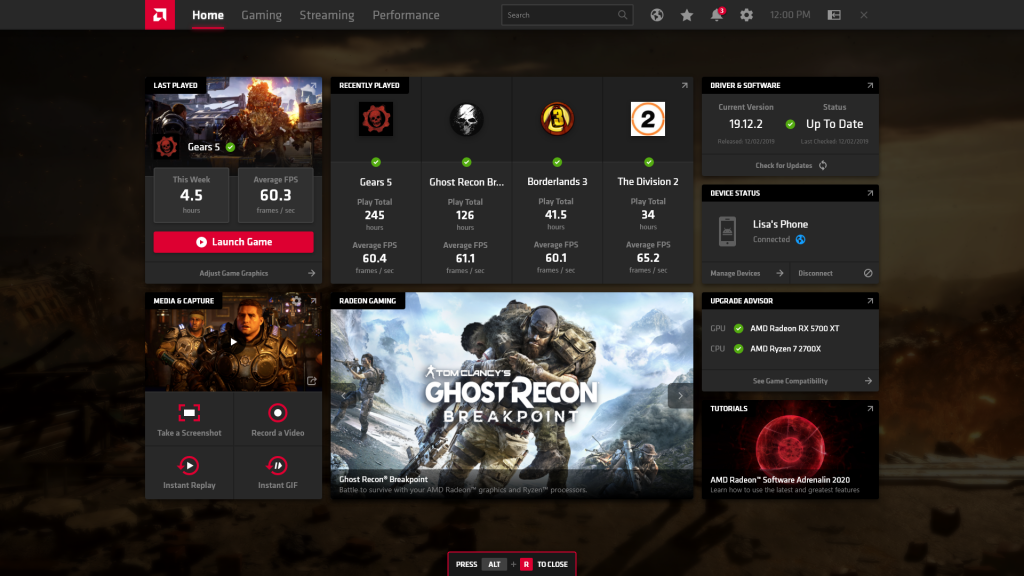 Not only does the Radeon Adrenalin 2020 boast a brand-new installer, the whole UI has been refreshed with an improved appearance too. The software has a clean looking, logically set out home screen which should make navigating to different sections simple. An interesting new addition to the software is the Game Centre which shows your recently played games, allows you to launch games directly from the Game Centre and lists details about those games, including your total play time and average FPS. 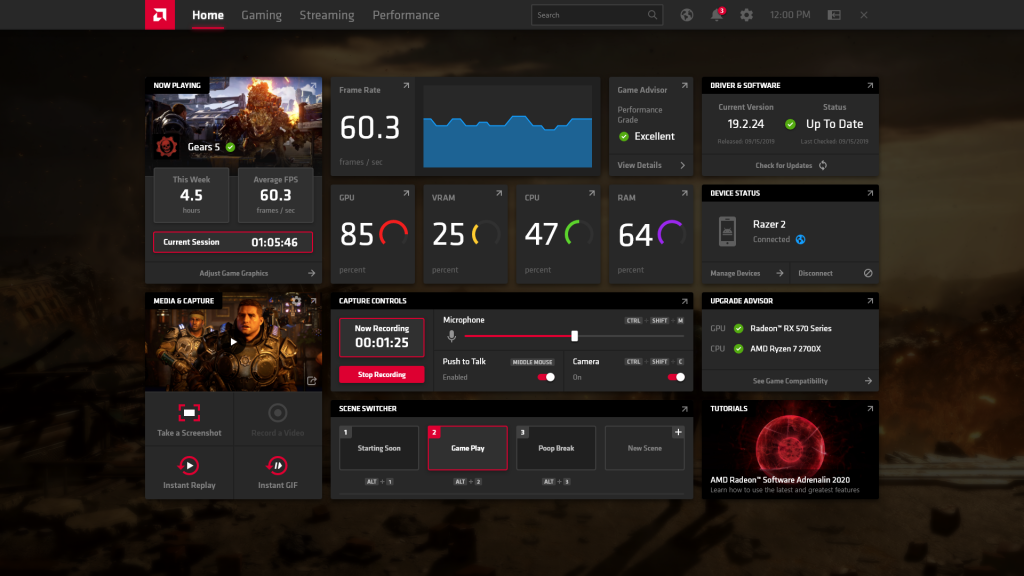 Other new additions to the Radeon Software UI include a System Status section on the home screen, showing information about devices connected to the system with driver version and update information here too. Also on the home screen is a section for instantly capturing screenshots and video clips of gameplay to share on social media, along with an integrated web browser based on chromium that can be launched during gameplay using the Radeon software.

One of AMD’s most requested new features in the Radeon Adrenalin 2020 software is Integer Display Scaling, which helps smooth out the look of retro games, giving them an enhanced pixel-art-style and crisp appearance, without a cost to performance. Radeon Anti-lag is retained and improved with added support for DirectX 9 on pre-RX 5000 series GPUs, as well as image sharpening adding support for DirectX 11 games and the streaming tab being overhauled to improve usability.

Moving on to performance improvements, AMD has introduced Radeon Boost, an option that increases performance when fast motion is detected in games. Radeon Boost dynamically adjust resolution with little to no noticeable change in image quality. During games when fast movements with the mouse take place, such as camera rotation in first-person shooters, Radeon Boost will lower the resolution to trade off some detail to improve framerate and provide a faster, more responsive experience.

AMD Radeon Adrenalin 2020 will initially include support for Radeon Boost in several popular game titles such as Overwatch, PUBG, Destiny 2 and COD: WW2, with more games expected to be added in future software releases. 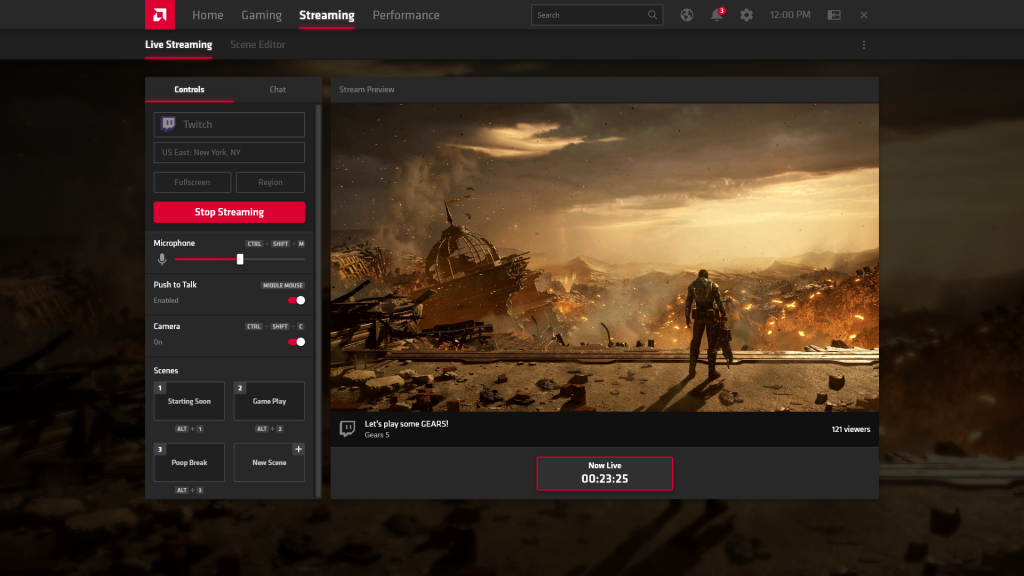 Another new update to a current feature of the Radeon Software is AMD Link. A new looking interface provides a cleaner appearance across all devices while the streaming functionality has been updated to support an ultra bit-rate of 50Mbps with x265 game streaming, for improving image quality while requiring reduced bandwidth. A brand new feature of AMD Link now allows users to stream gameplay to any mobile device. Once a device has been paired with AMD Link, users can stream gaming session not only over LAN but over the internet anywhere on that device.

KitGuru says: AMD has added some really interesting features and settings to improve performance in its latest Radeon Adrenalin 2020 software. What do you guys think to these new updates and features from AMD?

Previous MLB: The Show will no longer be PlayStation exclusive; still developed by SIE San Diego
Next Specs and performance targets for next-gen Xbox leak