As with all 5500 XT cards, the GPU has a 128-bit memory interface and PCI Express 4.0 support. To connect the graphics card to your display, you can choose between 3x DisplayPort 1.4 with DSC 1.2a and 1x HDMI 2.0b, while it also has a single 8-pin power connector.

This core of this card comes with a base clock of 1685MHz and a game clock of 1737MHz, while the boost clock can reach up to 1845 MHz. The memory, on the other hand, comes clocked at 14Gbps. Based on our initial reviews last week, with very similar specs to the Challenger OC we would expect solid 1080p gaming performance. 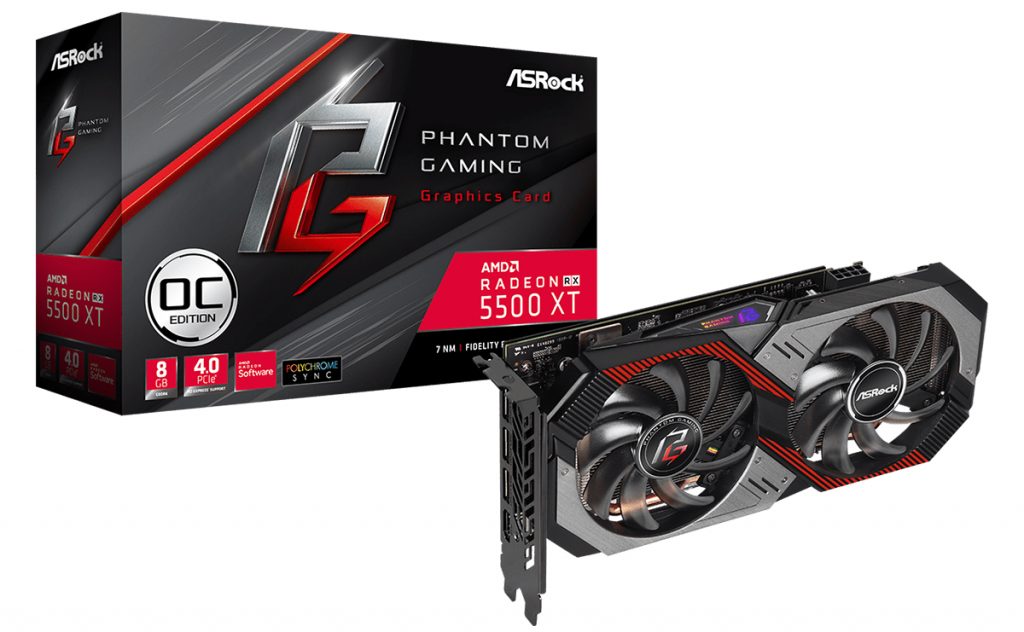 KitGuru says: What do you think of the looks of this graphics card? If you wanted to buy an RX 5500 XT, would you consider this one?