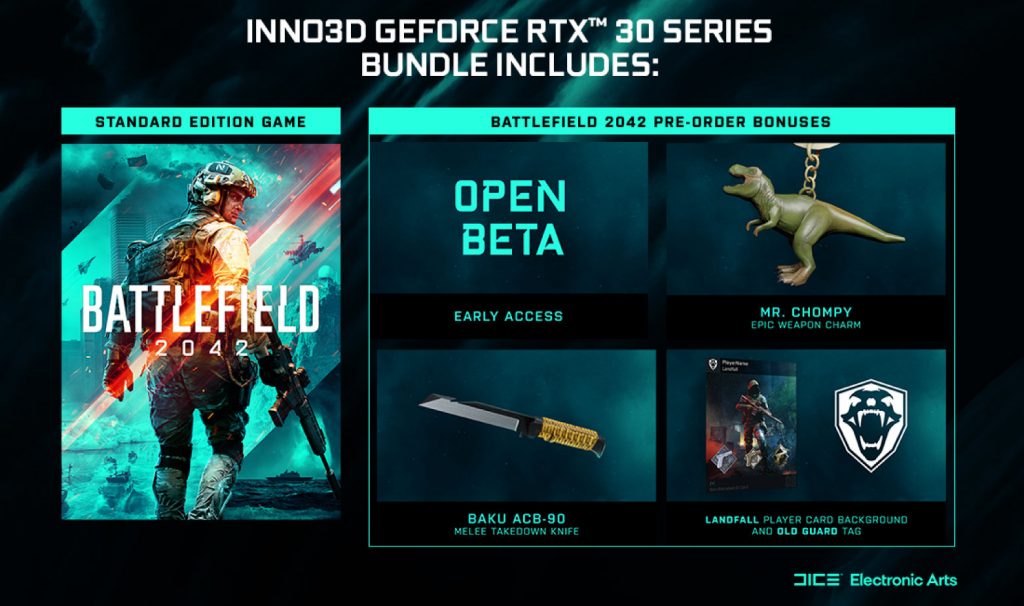 Besides the game, the bundle will also include early access to the open beta and in-game items such as the Baku ACB-90 melee takedown knife, Mr. Chompy weapon charm, the Landfall player card background and the Old Guard tag. The promotion will run from August 24th, 2021, to September 14th, 2021, or while supply lasts. The redemption period ends on December 14th, 2021.

Battlefield 2042  is scheduled to release on October 22nd for PC (Steam, EGS and Origin), Xbox One, Xbox Series X|S, PlayStation 4, and PlayStation 5.

KitGuru says: Graphics card stock is still extremely low at retail and many GPUs are still being sold at well above MSRP, which hurts the value proposition of a bundle like this.