The first Intel Arc Alchemist desktop graphics card, the A380, can now be paired with a water block. Bykski has created the first GPU water block for the Gunnir Arc A380 Photon 6G OC graphics card.

The Bykski I-GNA380-X GPU block (via @Haze2K1) is only officially compatible with Gunnir's A380 card, but that might be because it's the only Intel Arc Alchemist card available for desktops. As of now, it's unclear if the Gunnir A380 card is based on Intel's reference design or if it uses a custom layout. If it uses the former, AIB partners might release A380 cards that are also compatible with Bykski's water cooler at a later date. 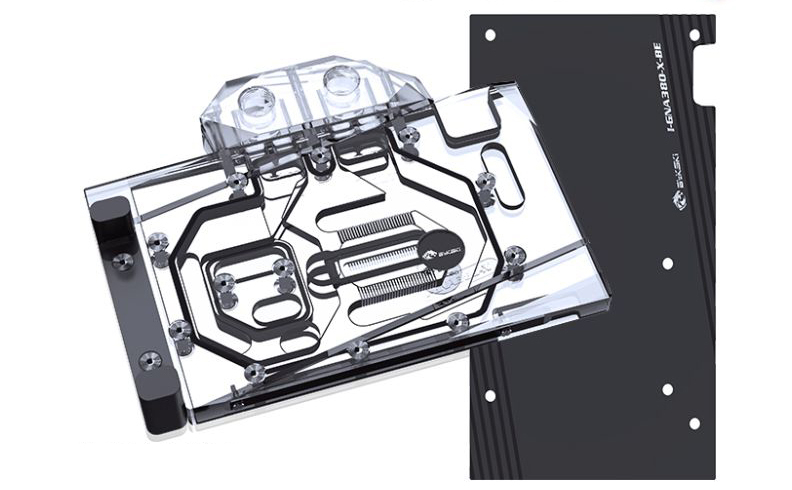 The question that remains is, why would Bykski launch a GPU water block for a card with a 92W TDP? GPUs with low-power requirements such as these can even be cooled with a passive solution. With that in mind, a custom cooling loop doesn't seem necessary for this particular GPU, although the block is a single-slot design, so it is an option for those looking for a more compact cooler.

The Byski Gunnir Arc A380 GPU block comes bundled with a backplate.

KitGuru says: The idea of using a water block for an entry-level graphics card does seem a bit silly, but that doesn't mean you can't do it.