MSI’s Hydrogen series might be coming back, as seen on an EEC listing filed by the company. According to the listing, the new Hydrogen series will only feature one SKU, an RTX 3090 card, but MSI may launch more cards further down the line. Moreover, the listing also includes MSI’s lineup of LHR GPUs, featuring multiple RTX 3080, 3070, 3060 Ti, and 3060 models.

The last Hydrogen series card MSI launched was the GTX 580 Hydrogen, which featured a pre-installed water block. From the GTX 600 and onwards, MSI hasn’t launched more Hydrogen cards but instead started launching the Sea Hawk EK X cards, which are still coming out today. 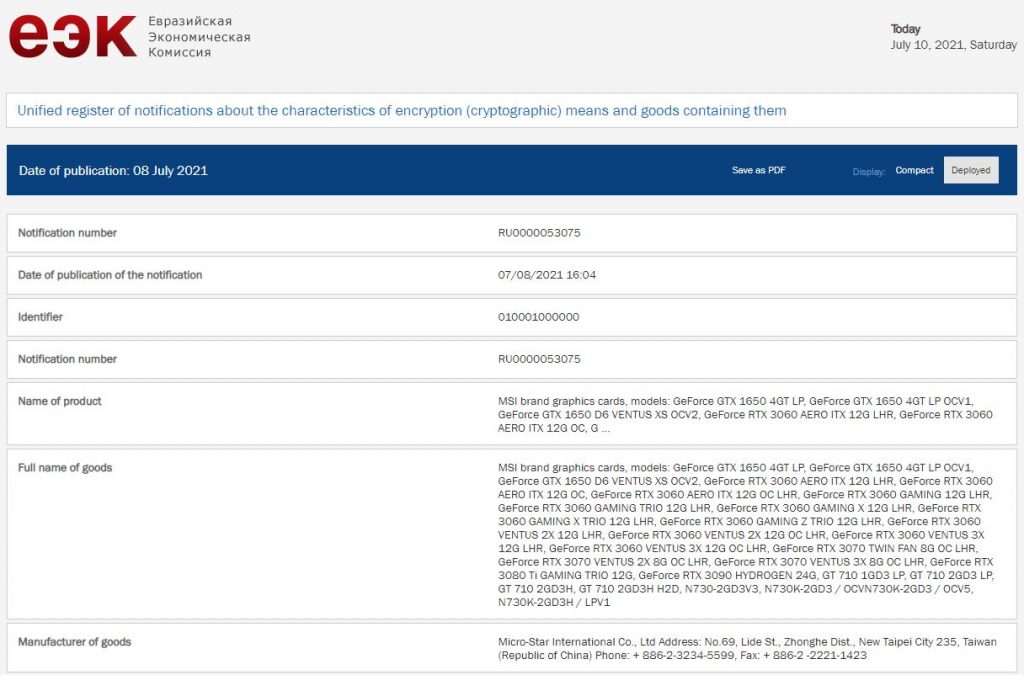 MSI hasn’t yet launched an RTX 30 series card with a pre-installed water block. It hasn’t been confirmed yet, but it seems that MSI has ended its partnership with EK, leading the company to revive the Hydrogen series.

KitGuru says: It looks like MSI will be reviving its Hydrogen line of water-cooled graphics cards. Do many of you prefer buying a GPU with a pre-installed AIO cooler?