Nvidia isn’t the only one launching a new entry-level desktop graphics card today at CES. AMD has also announced the RX 6500 XT graphics card, coming in with a $199 MSRP versus the RTX 3050 at $249.

Of course, MSRP means little in the current market, with GPU shortages and scalpers driving prices up in the retail and second-hand markets. Still, there is some hope that these new entry-level graphics cards will get into the hands of gamers, rather than those looking for a quick payday. 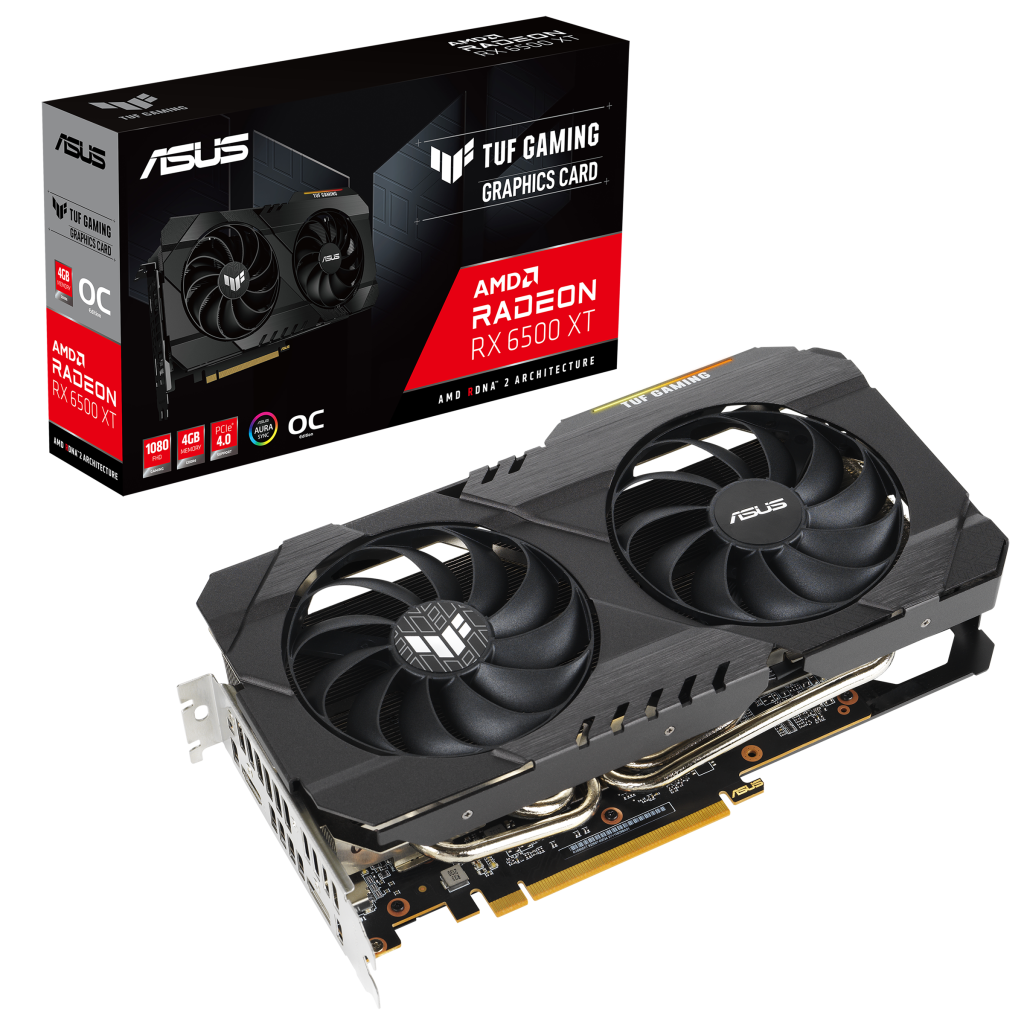 With that out of the way, let’s talk about specs. The RX 6500 XT is launching on the 19th of January, with board partners already preparing custom-cooled solutions, such as the ASUS RX 6500 XT TUF Gaming, which will be available at launch. We can expect a cutdown RDNA 2 core GPU with 1,024 RDNA 2 cores (16 CUs), with 16MB of Infinity Cache and 4GB of GDDR6 memory.

According to AMD, almost 60% of PC gamers are still using an older GPU on the level of a GTX 1650 or RX 570, and this graphics card is intended as an upgrade for that set of users who are looking to maintain 1080p gameplay on titles moving forward. We don’t have any performance comparisons yet, but we’ll know more about all of that in a few weeks time.

KitGuru Says: What do you all think of the RX 6500 XT? Are you currently in the market for an entry-level GPU for 1080p gaming?