Hot on the heels of Nvidia's recent RTX 30 series announcement, AMD has revealed two key dates for its own next big product launches. Starting with Zen 3 in early October, before moving on to next-generation Radeon graphics later that month.

AMD began sending out invites for its two events this evening. In the words of AMD CEO, Lisa Su, it is “time to start a new journey”, which will begin on the 8th of October with the launch of Zen 3 Ryzen desktop processors. 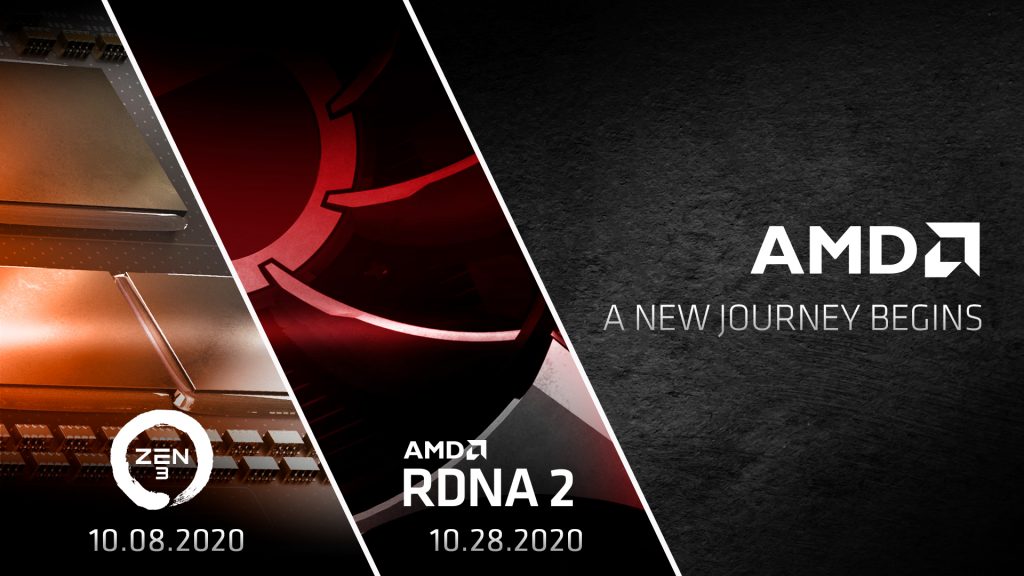 Then on the 28th of October, AMD will be live once again, this time to unveil RDNA 2 properly, a next-generation Radeon graphics architecture for both PC and consoles. This will include the launch of the RX 6000 series of graphics cards.

KitGuru Says: There's not much else to share at this time but October is shaping up to be an equally busy month for both graphics and CPUs. Are any of you looking forward to what AMD has up its sleeve? Are you already planning your next upgrade?

Previous SEGA will celebrate Sonic’s 30th anniversary in 2021 with new games
Next be quiet! is giving away a brand new Dark Power Pro 12 1500W Titanium PSU!