After much speculation, last week ASRock essentially confirmed its plans to enter the graphics card market with a not so cryptic teaser video. Now today, the company has officially announced its Phantom Gaming series of graphics cards, focussing on the Radeon RX 500 series.

The RX 580 and RX 570 Phantom Gaming cards are dual-slot GPUs with a dual-fan after market cooler on top. Meanwhile, ASRock will also be launching mini-ITX versions of the Phantom Gaming design for the RX 560 and RX 550. 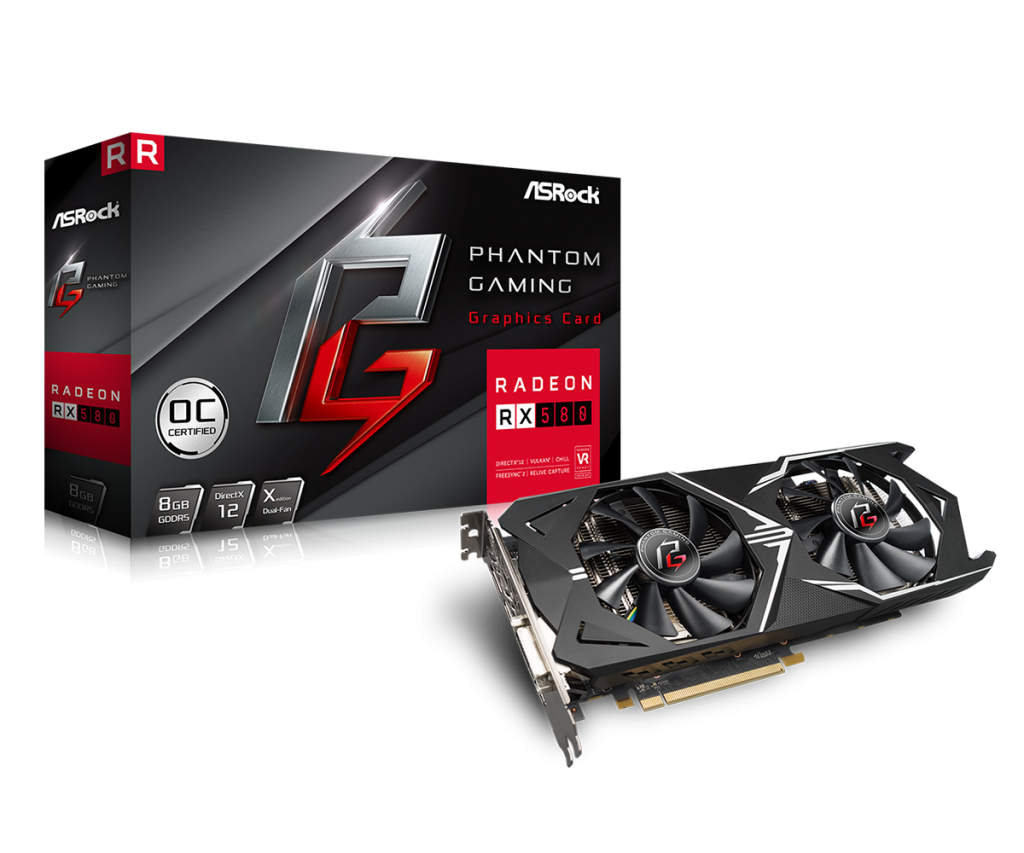 No final pricing details have been announced, but the ASRock website does warn that these GPUs may not be sold worldwide, so the launch may be limited to just a few countries.

KitGuru Says: So it's official, the GPU market has another player in its ranks. What do you guys think of ASRock's first graphics card attempt?