Back when Nvidia first announced the GTX 1080 and GTX 1070, we began hearing reports that there would no longer be support for 3-way or 4-way SLI. However, once the review embargo lifted, we learned that Nvidia had plans to introduce an ‘enthusiast key' which would unlock the ability to use more than two Pascal GPUs. Now, things have changed once again- apparently Nvidia has ditched the ‘enthusiast key' idea and will only enable 3-way or 4-way SLI for certain applications, like benchmark tools.

This is according to a report from PCPer, who got in touch with Nvidia to find out what was going on with the enthusiast key solution. It turns out, Nvidia no longer thinks that's a great idea and will instead allow future ‘Game Ready' drivers to take advantage of 3-way and 4-way SLI in specific applications, like overclocking benchmarks. 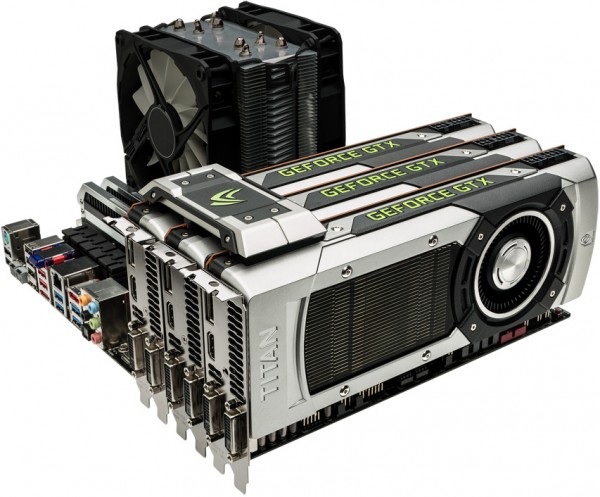 In a statement, Nvidia said: “With the GeForce 10-series we’re investing heavily in 2-way SLI with our new High Bandwidth bridge (which doubles the SLI bandwidth for faster, smoother gaming at ultra-high resolutions and refresh rates) and NVIDIA Game Ready Driver SLI profiles. To ensure the best possible gaming experience on our GeForce 10-series GPUs, we’re focusing our efforts on 2-way SLI only and will continue to include 2-way SLI profiles in our Game Ready Drivers.”

For the most part though, 3-way and 4-way SLI support will be limited to benchmarks for the overclocking crowd: “For our overclocking community, our Game Ready Drivers will also include SLI profiles for 3- and 4-way configurations for specific OC applications only, including Fire Strike, Unigine and Catzilla.”

KitGuru Says: 3-way and 4-way SLI support has never been great in games so perhaps simply focusing on 2-way SLI support will be a better use of resources. However, it is a little odd to see Nvidia changing its plans just a few weeks after initially announcing its plans for an ‘enthusiast key'.