Nvidia RTX Titan GPU is on the way

It has been a few months since the initial launch of Nvidia's new RTX graphics card series. The RTX 2080Ti has been in high demand even with its $1,200 price tag. However, the Ti is going to be usurped soon, as an RTX Titan graphics card is now on the way and judging by recent teases, it won't be long before we see it in action.

Over the last few days, several high-profile tech personalities have been posting images of the card plugged in to their PCs. The first tease came from Andrew Ng, former head of Google Brain and currently working at a new company focused on AI. He tweeted out a job advertisement, which came accompanied by the image of a PC with an RTX Titan GPU front and centre. Elsewhere on the web, Gavin Free from ‘The Slow Mo Guys' also posted an image of the GPU running in his own PC. 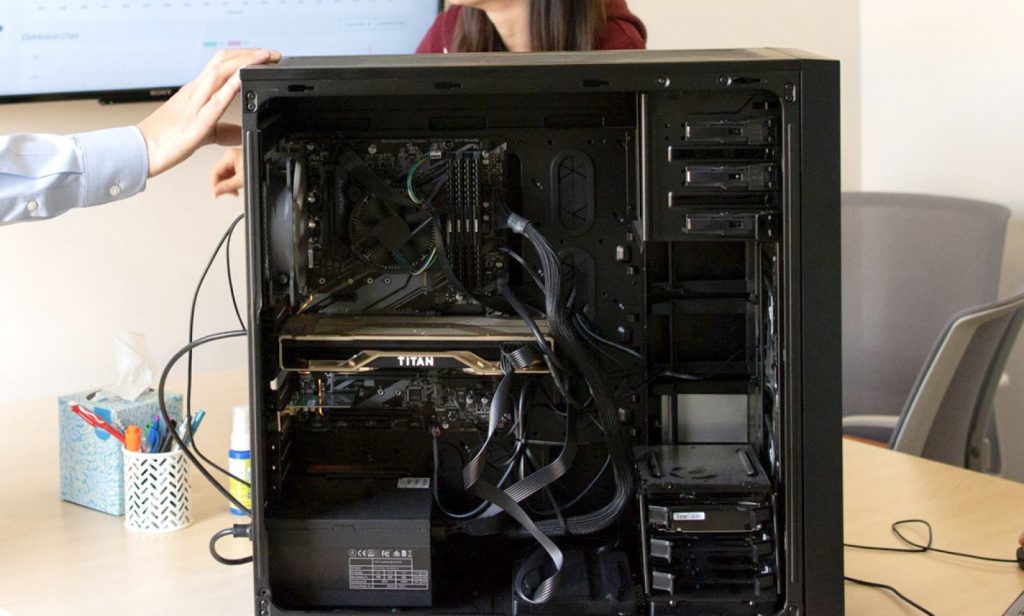 Finally, over on LinusTechTips on Friday evening, the RTX Titan box was pulled out during the livestream twice. So rather than letting the RTX Titan leak, Nvidia seems to just be getting the card into the hands of influencers early on, teasing the impending announcement.

Given that the RTX 2080Ti took over Titan XP's price point, we can expect the RTX Titan to be significantly more expensive. I would be surprised if it sold for less than $2,000 but nothing is confirmed on that front just yet. We also don't have the GPU specs yet but we should expect to hear more on that front soon.

KitGuru Says: With the Titan V earlier this year, Nvidia shifted the marketing focus away from gaming and back to professional workloads. Judging by the group of people that currently have an RTX Titan on hand, I imagine the situation will remain the same here. With that said, I'm sure there are some gamers out there who will be interested regardless.