Today, AMD officially announced the R9 380x, targeting the £200/$249 price point. We have already reviewed the Asus Strix edition of this card from but other partners are now starting to reveal their custom versions as well. Sapphire has today revealed that the R9 380x will be joining its NITRO Gaming series of graphics cards, featuring an all black, dual fan cooler.

The R9 380x features a fully enabled Tonga GPU, with 2048 stream processors, 128 Texture Units, 32 ROPS, 4GB of GDDR5 RAM and a 1040MHz core clock. The cooler is semi-passive, which means the fans won't spin up until the GPU hits a certain load or temperature. A backplate is also included, which is always a nice addition. 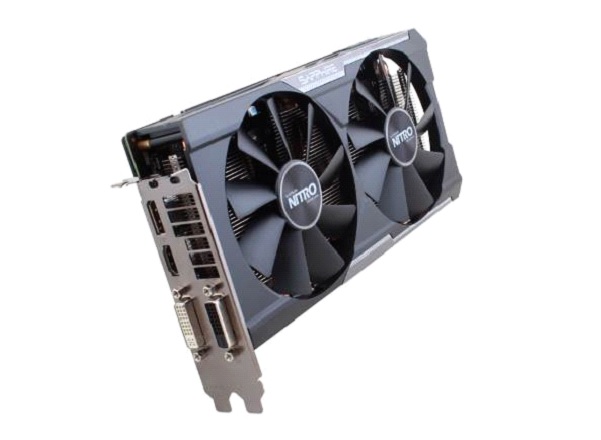 AMD is targeting this card at entry level 1440p gaming, using Star Wars: Battlefront as an example. For 1080p, AMD is promising 60 frames per second at high details in titles like Grand Theft Auto V and Dragon Age: Inquisition.

Another big push right now is DirectX 12, which the R9 380X fully supports, along with the upcoming Vulkan API. This means we should see better performance once games start to utilize this new technology.

KitGuru Says: The Sapphire Nitro cooler has received positive praise in the past, so it should continue to perform well here. Are any of you in the market for a new GPU? Are you thinking about going with a 380x at all?