XFX shows off its own R9 390X ahead of official announcement

It looks like AMD is giving its board partners clearance to continue teasing us with the upcoming 300-series of graphics cards. XFX has updated its R9 290X Double Dissipation product page, with images of the upcoming Hawaii-based R9 390X with the double dissipation cooler attached.

Images show off the card itself alongside the retail box, which confirms that this is indeed the R9 390X. According to what we can see on the box, the card will include 8GB of GDDR5 memory, suggesting that the card will be a rebrand of its older 200-series equivalent. 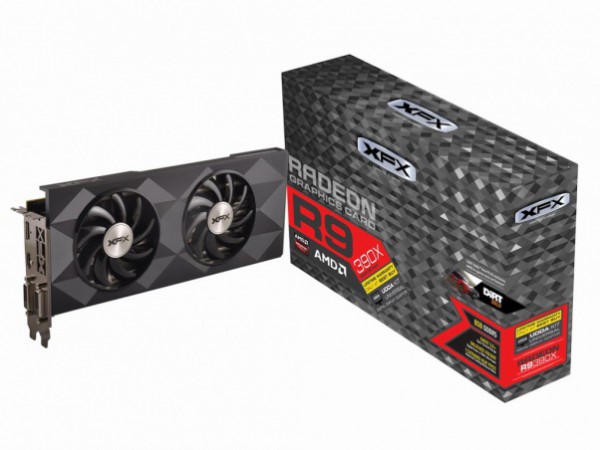 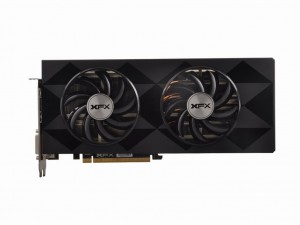 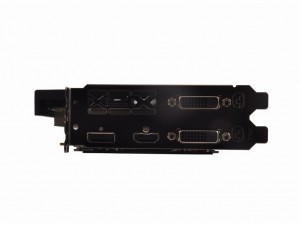 That said, AMD hasn’t just been sitting on its ass this whole time waiting to re-launch old cards. It does have its Fiji GPU up its sleeve, which we are expecting to be called ‘Fury’, This would essentially be AMD’s higher end, Titan-esque GPU equipped with HBM memory.

AMD has not officially revealed its new graphics cards yet but apparently all will be revealed at this year’s PC Gaming conference at E3, which is spear-headed by AMD.

KitGuru Says: PC builders have been waiting for AMD’s latest batch of graphics cards for some time now. AMD has spent weeks teasing its upcoming cards, though rather than holding its reveal at Computex, it decided to hold out until E3, which has never happened before. Are any of you looking forward to seeing what AMD has up its sleeve this year? Planning on upgrading any time soon?

Previous Sony CEO says we we will see Apple Music at WWDC
Next The GTA: Vice City map is being remade in the GTA V engine