Toshiba Corp. has introduced a new breed of hard disk drives with 15K revolutions per minute spindle speed designed for mission-critical enterprise applications. The new AL13SX-series hard drives are among the fastest HDDs in the industry that will join solid-state drives in data centers that require massive storage capacities. 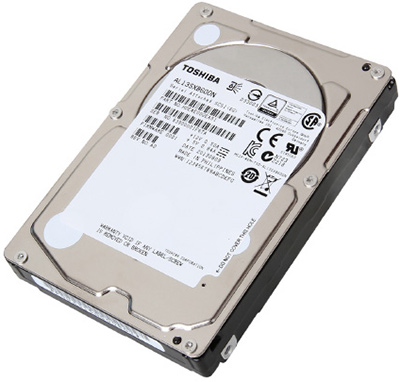 Last week HGST, a subsidiary of Western Digital Corp., introduced its new family of 15K 2.5” hard disk drives, which proves that such HDDs represent a good value for the market of enterprise-class storage. In particular, such drives are important for those, who want mission-critical-class storage devices with massive capacity at a relatively low price.

Sample shipping of Toshiba AL13SX-series hard drives will start from the middle of March, 2014.

KitGuru Says: While 15K HDDs in general will likely remain on the market for years to come, their popularity will decrease as the price difference with solid-state drives will get lower.