With the size of game downloads and software applications increasing all this time, it is essential to have the storage capacity to cope with all this data inside your PC. HDD manufacturers realise this and are increasing HDD capacity in desktop products.

Toshiba has announced it is adding additional lines to its P300 3.5-inch desktop PC hard drive series, with two new models featuring 4TB and 6TB capacity. These new devices have double the buffer size which has been increased from 64MB to 128MB. Toshiba claims the new models are both quieter and more power-efficient compared to previous devices in the range.

The P300 series feature a Dual-Stage Actuator design meaning the drives read/write heads are protected from damage when being transported either alone or inside the PC. Another key feature of the drives is an internal shock sensor to protect data during operation, which makes them idea of professional working on the move.

New P300 series drives include further improvements such as innovative techniques that minimise head movement and enhanced access sequencing. These features serve to reduce the mechanical workload while improving performance to satisfy the needs of desktop PCs, workstations and gaming rigs alike. 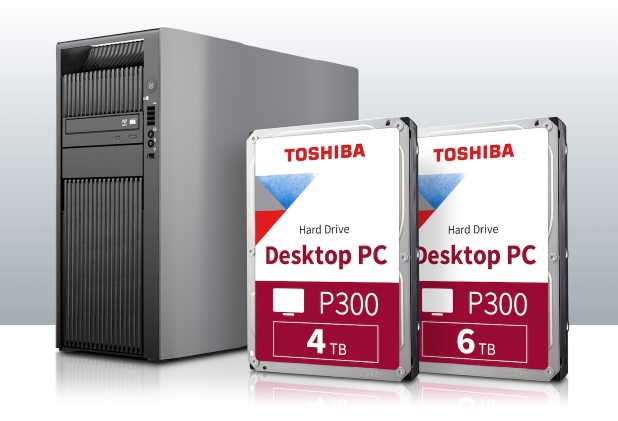 The Toshiba P300 4TB model is available to purchase now with the 6TB P300 expected to be available in the first quarter of 2020.

KitGuru says: With the latest PC game releases being over 100GB, the need for large storage capacity is more important than ever. These new drives from Toshiba should take care of that, Will you guys be picking one up soon?

Earlier this week, Sony revealed that PS5 beta testers would soon be able to expand …