The Patriot SuperSonic Magnum 256GB is an expensive pen drive which offers not only huge storage capacity but incredible performance levels via the USB 3.0 connector. We recorded speeds over 260MB/s when reading data and over 170 MB/s when writing data. For a flash based pen drive this is almost class leading.

We say ‘almost’ because incredibly, the Patriot SuperSonic Magnum 256GB is the second fastest pen drive we have tested this year, falling behind the Kingston DataTraveler HyperX Predator 512GB. When we first tested the Kingston Predator 512GB we were inundated with emails and comments on Facebook from people who couldn’t believe the price point, a bank breaking £700 inc vat (It has since dropped to £650 inc vat). Enough to give your bank manager a heart attack. There was no doubt it was the new performance king, but the target audience who could afford one was undoubtedly miniscule.

The Patriot SuperSonic Magnum 256GB retails for around £260 in the United Kingdom, with the cheapest deal being offered by Amazon @ £247.68 inc vat. It certainly won’t be a ‘casual’ purchasing decision either, but the price point will be more palatable to a much wider audience who need a large, reliable, fast, offline storage device which can be comfortably kept inside a coat pocket, for instance when transferring a large number of files between work and home computers.

If you need a fast, well constructed pen drive to back up a massive amount of important data, then the Patriot SuperSonic Magnum offers lightning speeds inside a very small form factor. 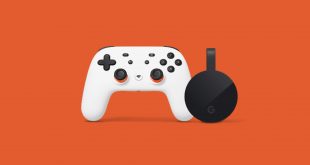 Google tries to win ex-Stadia users back with free stuff

Ever since its announcement and release, Google’s Stadia has failed to live up to expectations …