AMD is facing fierce competition from Intel at the moment – Sandy Bridge offers such fantastic performance for a reasonable price. To be fair, AMD might be architecturally behind, but they are offering 6 physical cores at good price points.  In Cinebench R11.5 we saw just what a difference those extra two cores can make in multi-threaded applications.

Additionally, The ASRock 890GX Extreme4 motherboard will make a great partner for any AMD processor as it is very well featured and has an extremely simple 30% overclock function that boosts performance significantly with no effort or skill required.  This is perfect for less savvy users who would be uncomfortable overclocking their system manually.

The question remains, would we recommend buying the AMD Phenom II X6 1075T? Even though it performed well in our tests, we can’t see why anyone would buy this processor due to the way it’s priced.  It can be yours for £141 at Scan or £139.99 at OCUK which is extremely close to the price of the Intel i5-2500K processor which will beat it in most benchmarks.

Not only that, but Overclockers in the UK are selling it for the same price as the 1090T and for only £4 less than the 1100T flagship model. The same pricing problems are mirrored with many UK retailers. We really just can’t get a grip of the AMD pricing right now. It is simply bonkers.

For the same price our money has to go with the 1090T as our samples have shown slightly better headroom with overclocking… not to mention there is also the added benefit of an unlocked multiplier to make life as simple as possible. Unless the price of the 1075T drops to around £110 it is rather difficult to recommend. 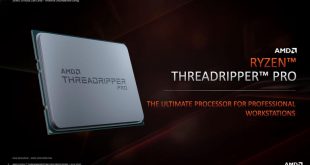