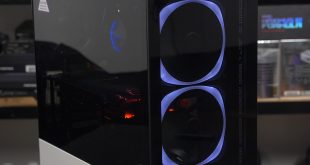 NZXT has taken the basic £70 H510 case and added a bunch of accessories to create a super duper version called Elite that is priced at £150. The Elite name is a bold statement that raises our expectations sky high, so it is probably just as well NZXT didn’t call this case ‘The Ultimate.’ Let’s take a look at what NZXT delivers in return for such a tall pile of cash.

In essence NZXT has taken the basic H510 that costs £70 and added the Smart Device v2 fan/lighting control unit and an LED strip to create the £100 H510i. The H510 Elite takes things one step further as it comes with dual 140mm Aer RGB 2 fans at the front of the case. While we like the unusual shape of the Aer RGB 2 fans we feel it is a bit of a stretch to describe two fans as Elite.

As we point out in our video, our main initial concern is that the front of the case is sealed glass and the only air intake is a narrow series of perforations in the steel side panel of the case.

Testing
To put this case through its cooling paces we will be using a test system consisting of an Intel Core i9-7920X, RTX 2080 Founders Edition and an SSD. This system allows us to produce a substantial amount of heat and effectively test the NZXT H510 Elite’s cooling capabilities.
For stress testing we use AIDA64 to create the maximum amount of load our CPU and GPU are ever likely to see. 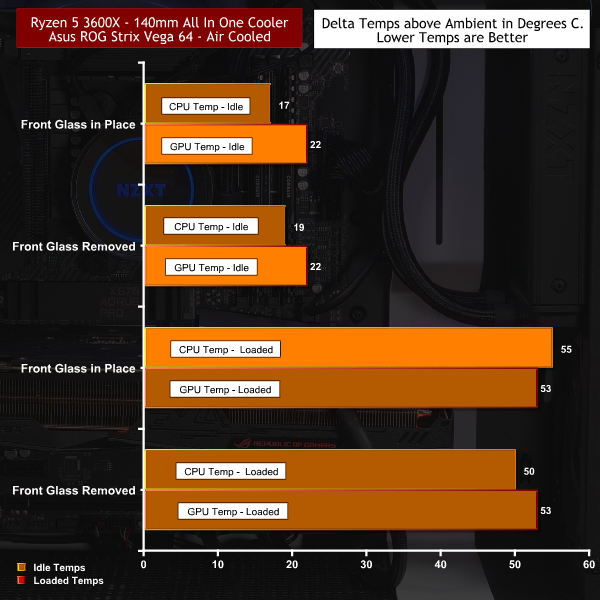 Cooling Performance Overview.
We fully expected the NZXT H510 Elite to act like an oven and bake our poor little Ryzen 5. In fact the case worked reasonably and both CPU and GPU survived the experience. Removing the front glass panel reduced the CPU temperature by five degrees, where some people using an air cooler have reported temperature changes of up to 15 degrees. This tells us that an All In One cooler at the front of the case is an effective solution with the H510 Elite. Nonetheless, we would like to see NZXT offer a Mesh version of the H510 so we had the opinion of maximum air flow.

The NZXT H510 Elite is a relatively basic chassis that has been updated, upgraded and enhanced until it bears little relation to a £70 budget case. Unfortunately it also fails to offer the features you can reasonable expect from a £150 case and that means we cannot recommend the H510 Elite.

In the event the price was slashed, say to £99, we would have a completely different view which emphasises our point that the case is reasonably OK while the price is wildly incorrect. It is clear the glass front panel restricts air flow however our 140mm NZXT AIO cooler did a good job so this is not a fundamental problem, but more like an annoyance.

We wish to goodness that NZXT would revise the drive tower such that the drives are installed in caddies that slide into place. The current system is absolutely awful. Also, we would like more space around the motherboard tray. It is clear this would involve a new core chassis and new panels i.e. a new design and tooling, however the shrink-wrap nature of NZXT mid-tower cases emphasises the aesthetic over convenience.

Other details such as the cable management system with those moulded channels and the hook and loop straps work very well.

At its heart the H510 Elite is a competent budget case that has been upgraded again and again, with the result the price is far too high, and as a result it has lost sight of its potential customers. 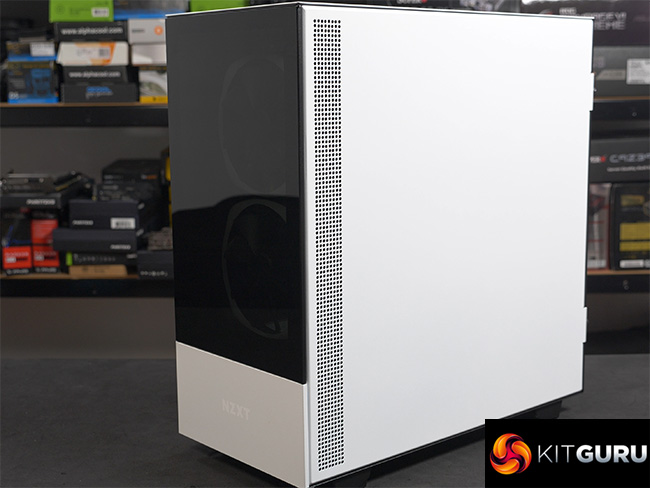 KitGuru says: It is a pretty good chassis, but the price of the NZXT H510 Elite is far too high considering what you can get elsewhere for £150.