Just as promised, today CD Projekt Red released its Cyberpunk 2077 ‘deep dive’ gameplay video, showing off all new mechanics. The gameplay footage has been edited down into a 15-minute chunk to cut out as many story spoilers as possible, giving us a chance to just focus on the different gameplay options.

The demo tells us more about some of the different factions and gangs operating in Night City. It also dives into some of the RPG systems, with the character creator allowing you to choose your own back story, which will unlock unique dialogue options and choices throughout the game. We also get a peek at the skill tree, which has a ton of different branches to upgrade to better suit your play style.

Speaking of play styles, two of the classes mentioned in the video are solos and netrunners. Solos focus most of their points on strength, earning upgrades for hand-to-hand combat and operating heavy weaponry. Netrunners on the other hand are more like stealthy engineers, using their brains over brawn.

There is still more information to come, as the developers are currently being interviewed as part of the livestream, for now though, the gameplay is free to watch and should give you a ton of information all on its own.

KitGuru Says: Cyberpunk 2077 continues to look incredible. April 2020 can’t come soon enough. What do you all think of the latest gameplay demo? 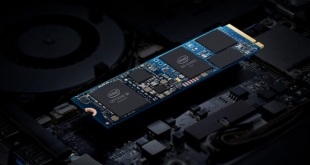