Home / Component / G.Skill’s 5th annual OC World Cup will kick off with round 1 this month

G.Skill’s 5th annual OC World Cup will kick off with round 1 this month

For the last several years, G.Skill has been hosting the OC World Cup and this year is no exception. The 5th Annual OC World Cup 2018 was announced today, with the Online Qualifier stage set to begin in March. Overclockers around the world will compete submitting scores, with the eventual winners taking home a chunk of a $20,000 prize pool.

The Online Qualifier stage opens up on the 13th of March, where potential competitors can submit their scores for a chance to advance to the next stage of the competition. G.Skill promises that this will be the largest overclocking competition yet, opening things up to the public and increasing the prize pool. 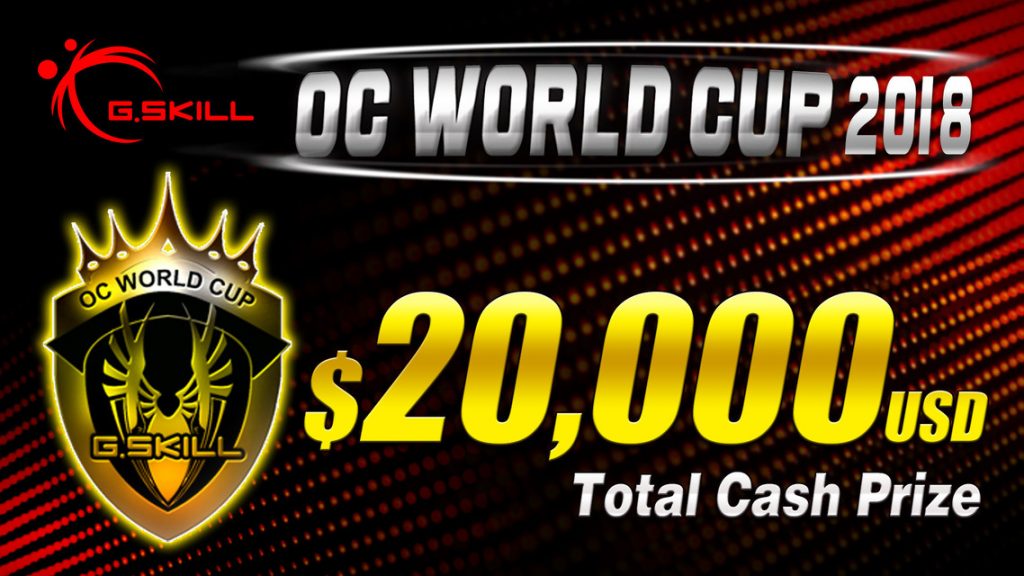 The G.Skill OC World Cup consists of three rounds, the Online Qualifier, Live Qualifier and the Grand Finals, which will take place later this year. Round 1 kicks off in March and lasts until the 16th of April, participants will be ranked and scored on HWBOT's OC-esports page in four categories: Highest DDR4 frequency, SuperPi 32m, Geekbench 3 Multi-Core and 3DMark11 on integrated graphics.

Participants in the online qualifiers must be using a Z370 motherboard, an Intel Core i5-8600K and some G.Skill memory to go with it. The top six contestants will be invited to the Live Qualifier round, which will be held during Computex between June 5th and June 7th. From there, the top two competitors will go head to head in the grand finals, also during Computex.

The top six contestants will be guaranteed a portion of the $20,000 prize pool, here is how it breaks down:

KitGuru Says: The G.Skill OC World Cup is always a big part of the Computex experience each year. Remember, the online qualifiers are open to all, so if you think you have what it takes to compete, then maybe give it a go in March when things open up.