HyperX is revamping its lineup of Predator and Fury DDR4 RAM, this time with up to 256GB of memory and up to 4800MHz speeds. These new kits were designed to pass “rigorous certification test procedures” for both Intel and AMD based systems.

The Predator modules are available with 8GB, 16GB, and 32GB capacities as single modules and in kits of up to eight modules. Offering speeds as high as 4800MHz and latencies ranging from CL12 to CL19, the Predator series is aimed at enthusiasts that want to squeeze the maximum performance out of their systems.

The HyperX Predator DDR4 series come with a black aluminium heat spreader that matches with the black PCB of the module. The Predator RGB modules go a step further by enhancing your build with lighting effects that can be synchronised with the rest of your system using HyperX Infrared Sync technology and the NGENUITY software tool. 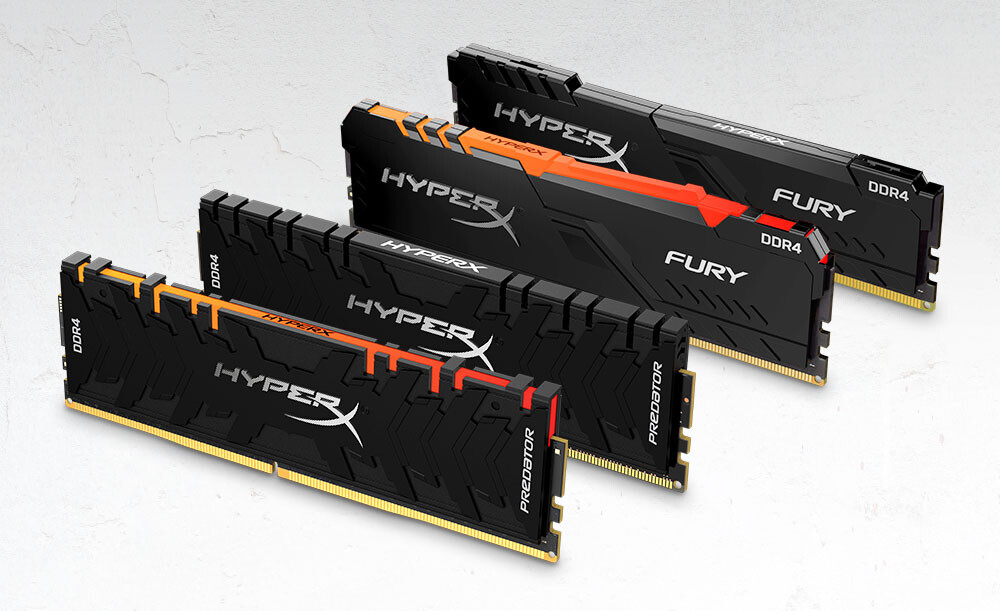 The Fury DDR4 memory modules are a “cost-effective, high-performance” solution featuring Plug N Play at 2400 MHz and 2666 MHz, enabling memory overclocking even at 1.2V. HyperX Fury memory modules come with 4GB, 8GB, 16GB, and 32GB capacities and are available as single modules and in kits of two and four modules, with speeds ranging from 2400MHz to 3733MHz and latencies between CL15 and CL19.

Just like the Predator memory modules, the Fury ones also come with a black PCB that matches its low-profile asymmetrical heat spreader. The Fury RGB modules also feature HyperX's Infrared Sync technology and can be synchronised through the NGENUITY software.

KitGuru says: Are you thinking about upgrading your system's memory? Will you be taking a look at the new memory kits from HyperX?